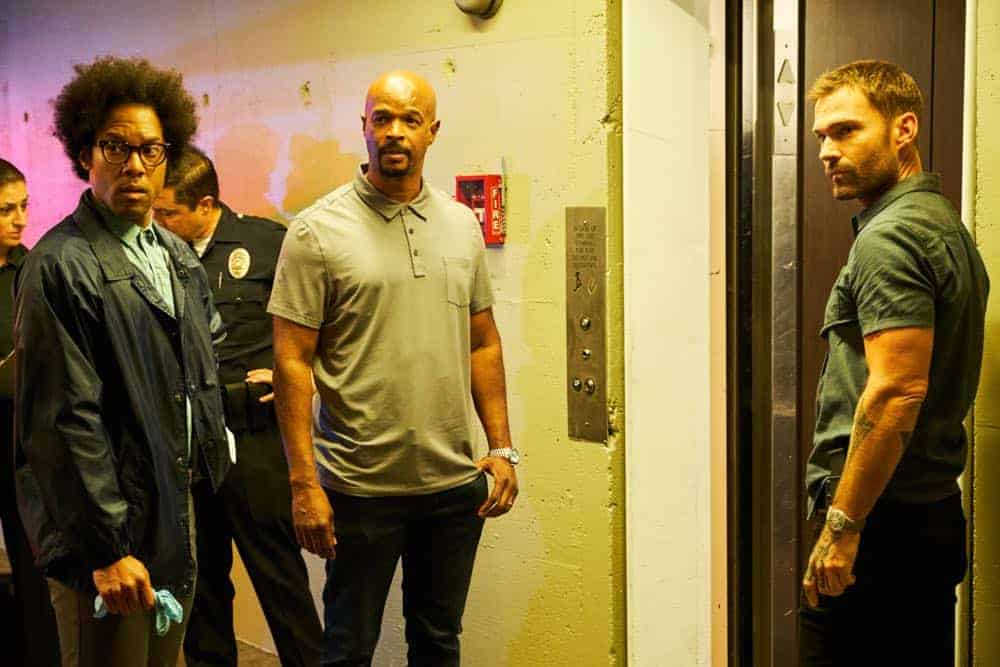 LETHAL WEAPON Season 3 Episode 4 Photos Leo Getz Justice – Cole (Seann William Scott) reflects upon his time working for the CIA, as a person from the past makes a startling reappearance. Murtaugh struggles with his own mistakes, after a murder raises questions about a suspect he put away years prior. Meanwhile, Leo Getz (guest star Thomas Lennon) returns as the attorney on the case and tries to convince Trish to join his team in the all-new “Leo Getz Justice” episode of LETHAL WEAPON airing Tuesday, Oct. 16 (9:00-10:00 PM ET/PT) on FOX. (LET-304) (TV-14 D, L, V)