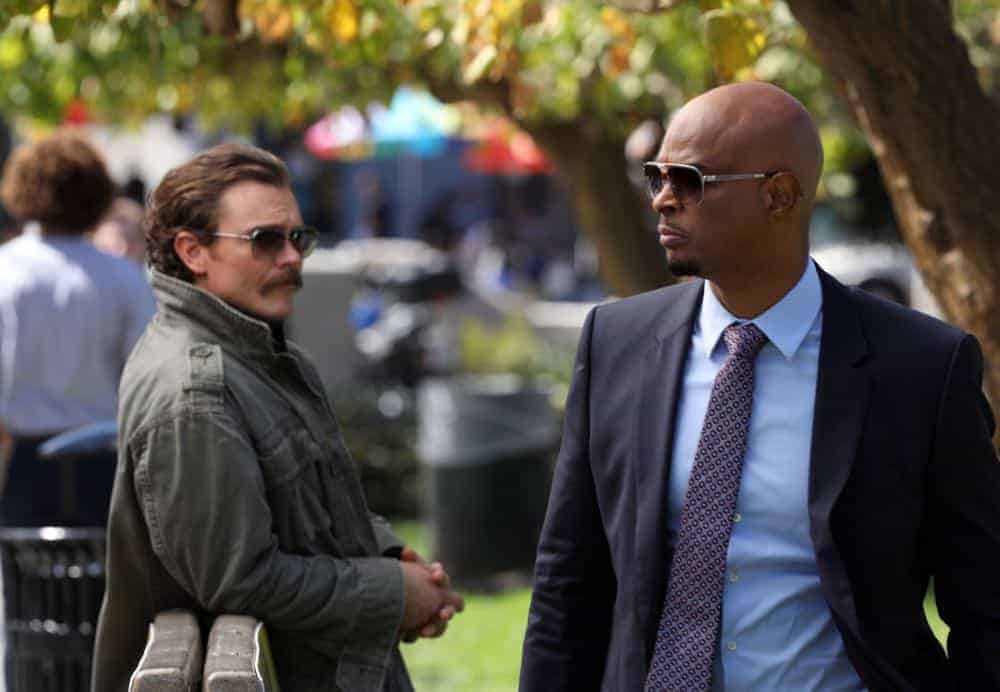 On Murtaugh’s first day on the job as interim captain, the wife of a popular businessman is abducted and the squad finds a connection in the case to Riggs’ father (guest star Rex Linn). Meanwhile, Riggs is left to grapple with his family and work in the all-new “Family Ties” episode of LETHAL WEAPON airing Tuesday, May 1 (8:00-9:00 PM ET/PT) on FOX. (LET-221) (TV-14 D, L, V) LETHAL WEAPON Season 2 Episode 21 Family Ties.