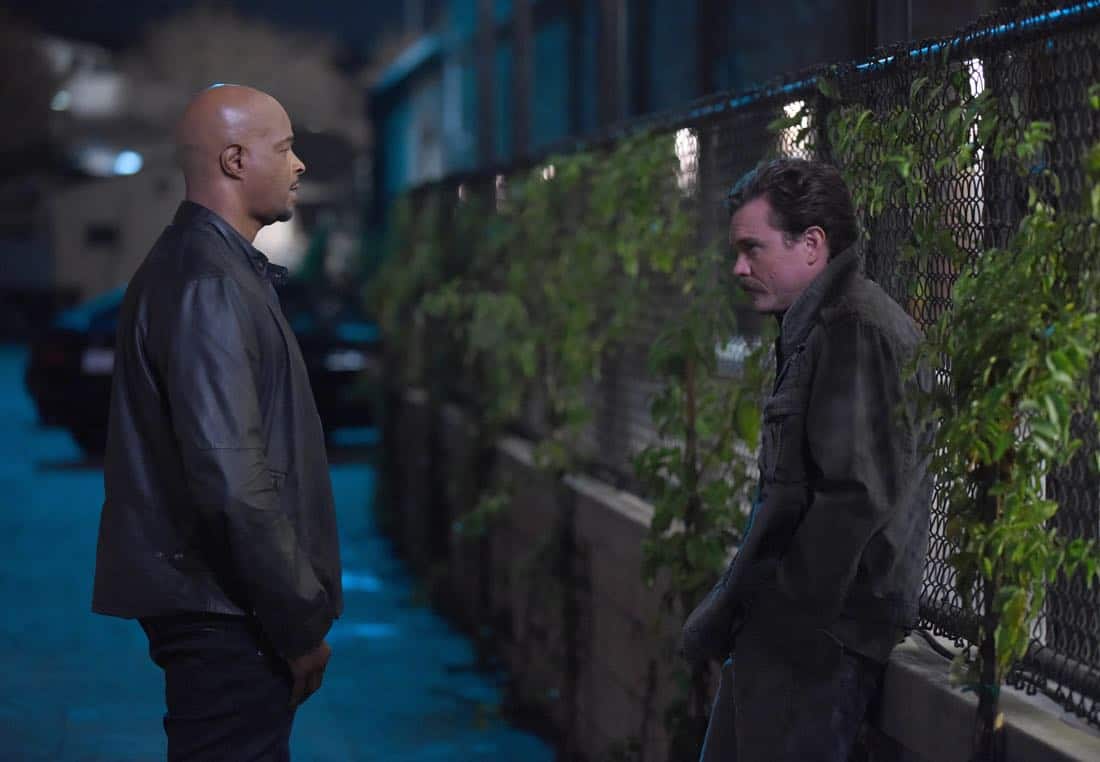 Murtaugh and Riggs search for the culprit of a local jewelry heist. Meanwhile, Murtaugh gets called “grandpa” by another parent while at the playground with Harper, sending him into a tizzy, and Riggs deals with withdrawal from drinking in the all-new “An Inconvenient Ruth” episode of LETHAL WEAPON airing Tuesday, Feb. 6 (8:00PM-9:00PM ET/PT) on FOX. (LET-215) (TV-14 D, L, V) LETHAL WEAPON Season 2 Episode 15 Photos An Inconvenient Ruth