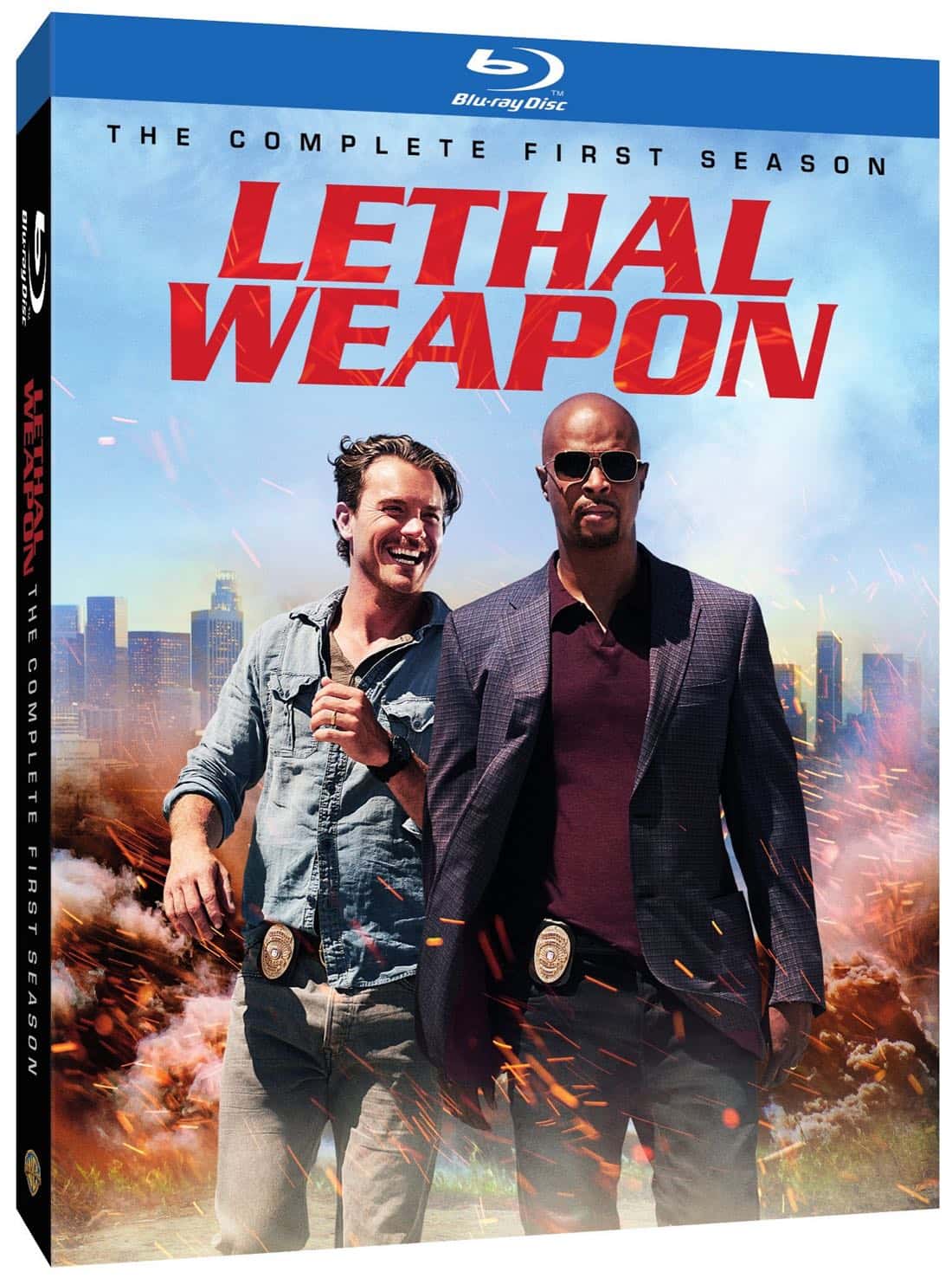 Seat42F and Warner Bros. Home Entertainment have teamed up to give THREE lucky winners a copy of LETHAL WEAPON Season 1 on Blu-ray. For a chance to win send an email to lethalweaponcontest@seat42f.com and tell us why you would like to add LETHAL WEAPON Season 1 to your Blu-ray collection. Only one entry per person. Contest ends September 26th. Winners will be notified on September 27th via email.

With an average weekly audience of 9.3 million in its first season, FOX’s #1 new series is an explosive thrill ride filled with comedy, action and heart that features America’s original buddy cop duo. Based on the hit movie franchise, Lethal Weapon, tells the story of a slightly unbalanced former Navy SEAL joining forces with a veteran detective as partners on the Los Angeles police force. Warner Bros. Home Entertainment brings all 18 episodes of this season’s most electrifying action series to Blu-Ray TM and DVD with the release of Lethal Weapon: The Complete First Season on September 19th, 2017. Available to own for $39.99 / $44.98 SRP, Lethal Weapon: The Complete First Season also includes a Blu-Ray and DVD exclusive featurette; an uncensored, extended pilot episode; deleted scenes and a hilarious gag reel! Lethal Weapon: The Complete First Season is also available to own on Digital HD via purchase from digital retailers.

“Warner Bros. Home Entertainment is thrilled to deliver Lethal Weapon: The Complete First Season to Blu-ray and DVD this fall,” said Rosemary Markson, WBHE Senior Vice President, Television Marketing. “Fans old and new will embark on an action-packed ride throughout all episodes of the hit new series as well as new exclusive bonus features and extras.”