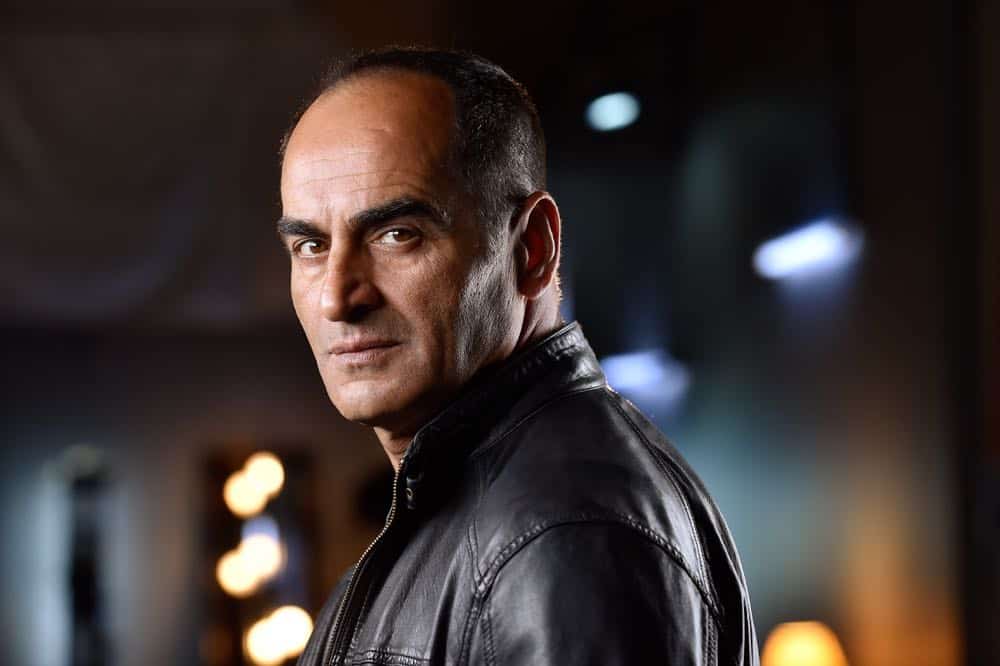 Versatility is a key element of being a working actor in Hollywood and those who embrace it see their careers flourish as a result. Having appeared in a variety of TV shows, from HOMELAND to 24 and then from MISTRESSES to THE CATCH, as well starring as numerous and just as varied film roles, Navid Negahban has been blessed with a rich and rewarding career. Making his debut as the villainous Amahl Farouk aka The Shadow King in the FX drama series LEGION, Navid’s gleeful portrayal makes for a delightful addition among an already wild array of characters. In an exclusive interview, Navid previews what the nefarious character will be up to in Season 2, and also reflects on his busy career and a few key lessons he has gleaned along the way.

How would you describe who Farouk is in the series?
NAVID: Amahl Farouk is one of marvel super-villains who hasn’t been explored much. His psychic power allows him to possess or become other entities. I would say that he is the other side of the coin in the Season 2. The side that would make you question yourself and your actions; good or bad? You should judge it for yourself. There are many clues throughout the season and if you follow the breadcrumbs, you might find out who he really is.

What do you most admire about him?
NAVID: His sense of truthfulness. There’s a quality about him that he sees things for what they are, that is what makes him scary!

What was it like working alongside the talented ensemble on LEGION?
NAVID: A blessing! They took me in as an orphan and gave me a warm home filled with support and camaraderie. I joined the 2nd season after they had already shot seven episodes, all of them jumped in to help me understand what had happened thus far. We had a limited time to re-shoot those first seven episodes. Aubrey and Dan helped me to understand the space and their relation with Amahl Farouk. Bill Irwin was offering to help me learn my lines while Rachel, Jean, Amber and Jermaine gave me clues about the dynamics between the characters. I am very grateful!

Any favorite scenes that you can share from working on the series?
NAVID: So many that I wish I could tell you! But let me pass on that and you can tell me about your favorite scenes after watching the show. 🙂

How would you describe the Shadow King vs. David dynamic through the series?
NAVID: It’s impossible for me to describe it in a few words. Let’s just say that they get to know each other better.

How does Farouk view David?
NAVID: Farouk sees David as his protégé—they also have a very awkward and sometimes funny father/son relationship.

As an actor, what has been the one thing you have taken away from the experience of working on LEGION?
NAVID: Sometimes you just need to jump so you can learn to fly as you are falling.

You also worked on HOMELAND. What did you enjoy about working on that show?
NAVID: HOMELAND was a very brave and revolutionary show in 2011. We explored characters, situations and storylines that most people were afraid to even think of the possibility that these kinds of characters, situations might exist. I am so proud to have been a part of it, a cultural zeitgeist and a truly “water cooler” TV show even at the White House.

What did you take away from that acting experience on HOMELAND?
NAVID: A confirmation! That things are not always what they seem or what the media tells us it is. Search for your own truth.

You are in the film “12 Strong,” which was released in the US in January and is still being released overseas. What was the appeal of that role and working on that film?
NAVID: The story was very powerful, it was an untold story and I wanted to be a part of it. Then I got to know each of the individuals, each of these soldiers who went to Afghanistan and I was intrigued by their bravery and what they had done; at the same time it was a project that, for the first time, showed who Afghan people truly are, talking about the bravery of all these Afghans who were out there fighting for their land and I’m talking about the nationalists, who just wanted their land, they just wanted to free their homeland. And then playing Dostum, the man had a very interesting journey–he’s been fighting since he was 16 years old against all the different occupiers who came into Afghanistan, which really created a very complex and interesting character to play.

Then what can you share about working on the film “Baba Joon,” which won several prestigious Ophir Awards?
NAVID: “Baba Joon” won five Ophirs, including Best Film. “Baba Joon” was a film about an Iranian-Jewish immigrant family that moved from Iran to Israel, who are also turkey farmers. The film is a struggle between three different generations, between the grandfather, father, and grandson. It’s about acceptance, understanding, respect, and allowing a person to be what they want to be. What was important about that film was that I could find a lot of myself in that story; even some of the materials used in the film were my personal pictures of my brother and dad. Ultimately it was a project of self-discovery.

What was your proudest moment from working on “Baba Joon”?
NAVID: Being able to speak Hebrew, that was tough. Also how the people responded to the film. When we were trying to raise money for the film in LA, the budget was the lint at the bottom of the pocket for some of these investors, I mean literally nothing, we did the film with almost no money. These individuals were saying “An Iranian family in Israel, who would want to watch that film?” And when the film came out, after one of the screenings in Los Angeles, an American lady walked up to me with tears in her eyes, husband right beside her, said that this was her life story, that she hadn’t talk to her father in a while. I asked her to make the phone call, to get together with her dad. We run into each other a few weeks later in a restaurant, she told me that she had a real reunion with her dad and was able to tell him things that she has been keeping inside for so long. That conversation brought them closer to each other. That was a very gratifying moment. “Baba Joon” (Dear Dad) is not just a story about an immigrant Iranian family in Israel, It’s a universal story set in an Iranian household.

You also appear in the Netflix film “Sand Castle.” What was fun about that experience for you?
NAVID: Exploring unfamiliar territories, getting to know and working with new people and learning about them and their journey.

What has surprised you most about your career so far?
NAVID: That I have a career! 🙂 That there are still so many things I don’t know about myself. Every time I’m delving into a project, I discover something about myself that I didn’t know it was there.

At this stage of your career, what do you think you have learned from the roles and projects you have worked on?
NAVID: That there are so many things I don’t know, so many things that I must learn, that not everything is black and white. There are so many unheard stories out there that might change your life. My whole career has been an awakening experience; I’ve learned to be more open to the universe and those who cross my path. They are the gift — The Present!

Then what are the perks of where you are in your career right now?
NAVID: Being able to reach out, being able to do things that I would have never been able to do before. 16 years ago, when I was working in Morocco, I met a kid who was five years old at the time, whose family had a tough financial situation. I brought him on set to work with us on the movie. 16 years later, March of 2018 as I was shooting a movie in Casablanca, he paid me a visit and I learned that he has been pursuing his dream. An amazing singer and actor, and he is well known in his city. I am so proud of him and what he has achieved. His name is Maher and this is a cover he did for “Love Yourself”. Or going to places that most people haven’t seen or are afraid to go, I get to go there and meet real people, I get invited to their homes. It’s allowed me to connect with different cultures.

If there were one previous role you would like to revisit, which would it be and why?
NAVID: There’s a play that I directed years ago called “Asher’s Command.” I directed it and played a character in it and that play is something I would want to redo–I would do it on a bigger stage. That’s something that I would love to do again.

Has there been any great advice you have gotten about working as an actor?
NAVID: The one advice I really remember. We were on “Charlie Wilson’s War,” I was doing a scene with Tom Hanks, and he was standing next to me; there was something about the scene that didn’t feel right. Tom looked at me, smiled, and very calmly told me to relax. That was at the beginning of my career and at that moment I learned to ignore the voices in my head and let things play out. No matter what the situation was on the set, Tom was able to pass his calmness onto everyone around him, it was unbelievable.

What advice would you offer to other upcoming and aspiring actors?
NAVID: Nobody else is like you, don’t copy anyone, be yourself. If someone tells you: you can’t, it’s because they can’t. What’s important is to understand yourself, be true to yourself, and to never let outside noises create an illusion of who you really are.

Do you have any other upcoming projects that you can share that fans should keep an eye out for?
NAVID: Of course! LEGION! I’m excited for Aladdin as well!

To see how the symbiotic relationship between David and The Shadow King plays out, be sure to tune in for the Season 2 premiere of LEGION on Tuesday, April 3rd at 10:00 p.m. on FX and more information about the show can be found on Twitter @LegionFX. To follow Navid’s career as it continues to grow, you can also follow him on Twitter @NavidNegahban and keep an eye out for the premiere of “Aladdin” coming in 2019.

LEGION – Everything We Know So Far