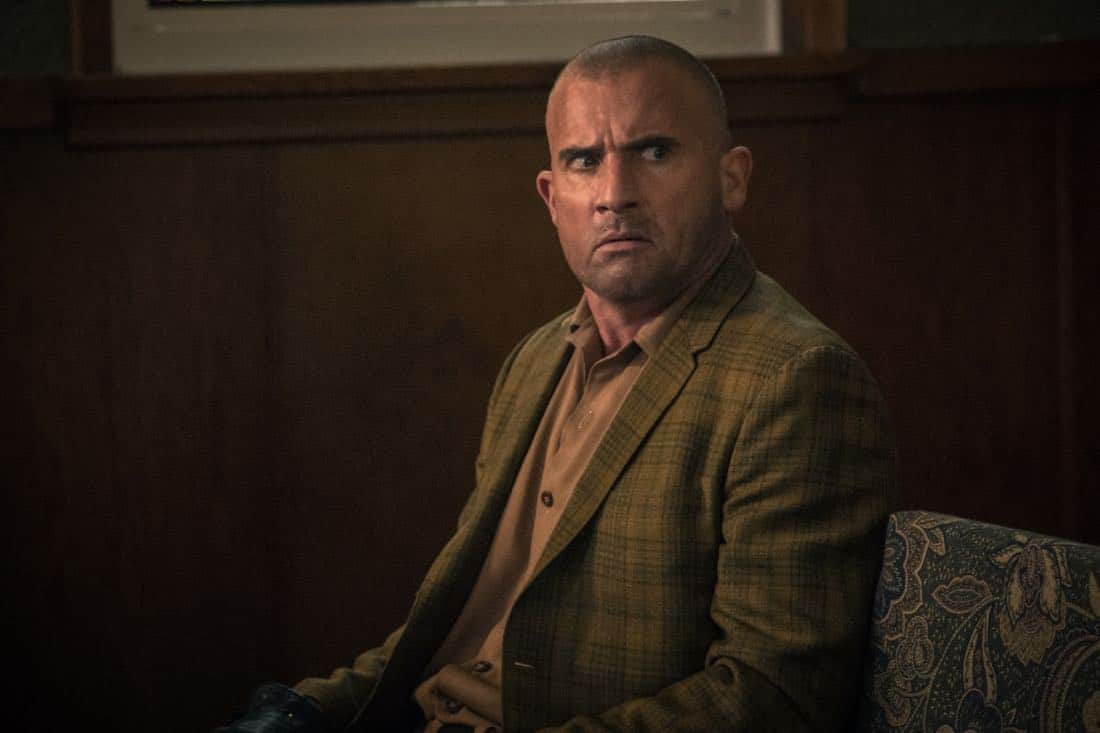 IT’S ALL ABOUT THE MUSIC —  When the Legends learn that a mysterious tragedy destroyed Memphis in 1954, thus eradicating the birthplace of rock and roll, they embark on their most important mission – to save music.  Nate (Nick Zano) is excited to show Amaya why music is important to him and he is surprised it leads to a rock legend as well as the sixth and final totem, the Death Totem.  Meanwhile, Zari (Tala Ashe) helps their newest member try to adjust to the team. Caity Lotz, Brandon Routh, Dominc Purcell, Maise Richardson-Sellers and Keiynan Lonsdale also stars. David Geddes directed the episode written by Matthew Maala & Tyrone B. Carter (#314).  Original airdate 3/12/2018. LEGENDS OF TOMORROW Season 3 Episode 14 Photos Amazing Grace