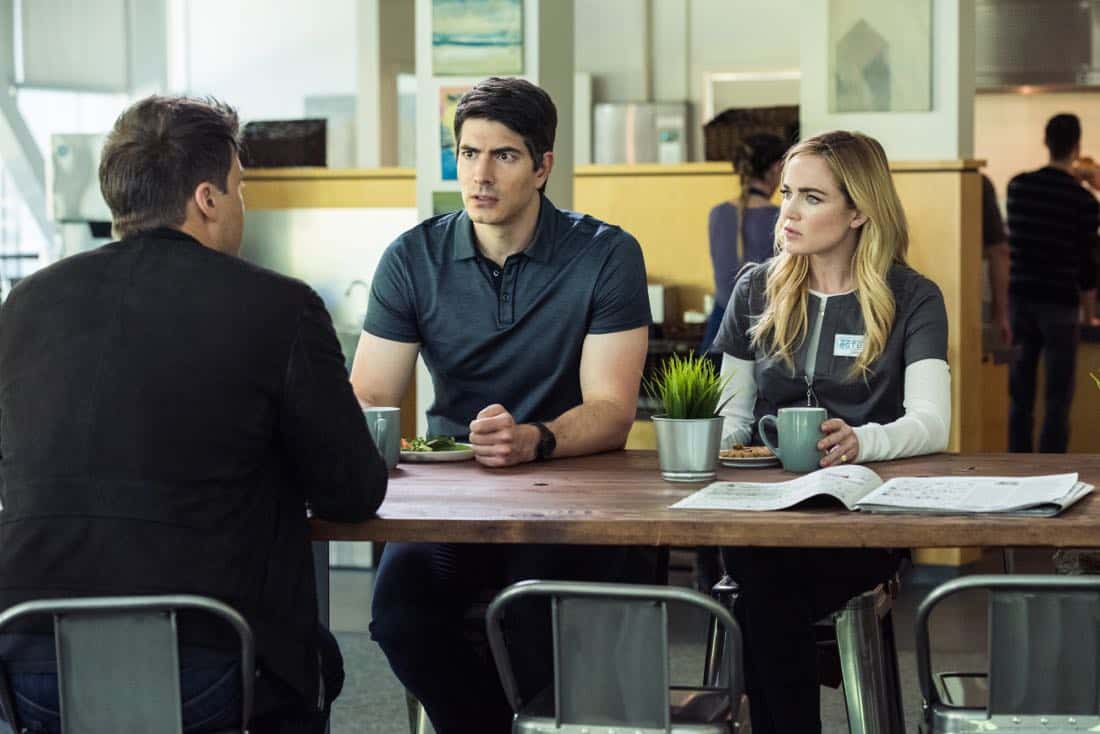 THERE’S NO PLACE LIKE HOME — When the Legends realize that they broke the timeline, Rip Hunter (guest star Arthur Darvill) arrives with his new organization – the Time Bureau – to relieve them of duty. The Legends are thrilled to get a chance to put the team back together but a new threat arises when Rory (Dominic Purcell) spots Julius Caesar (guest star Simon Merrells) in Aruba. Sara (Caity Lotz), Nate (Nick Zano) and Ray (Brandon Routh) devise a plan to steal the Waverider back from the Time Bureau in order to try and stop Julius Caesar from conquering the modern world. Victor Garber, Maisie Richardson-Sellers and Franz Drameh also star. Rob Seidenglanz directed the episode written by Phil Klemmer & Marc Guggenheim (#301). Original airdate 10/10/2017.