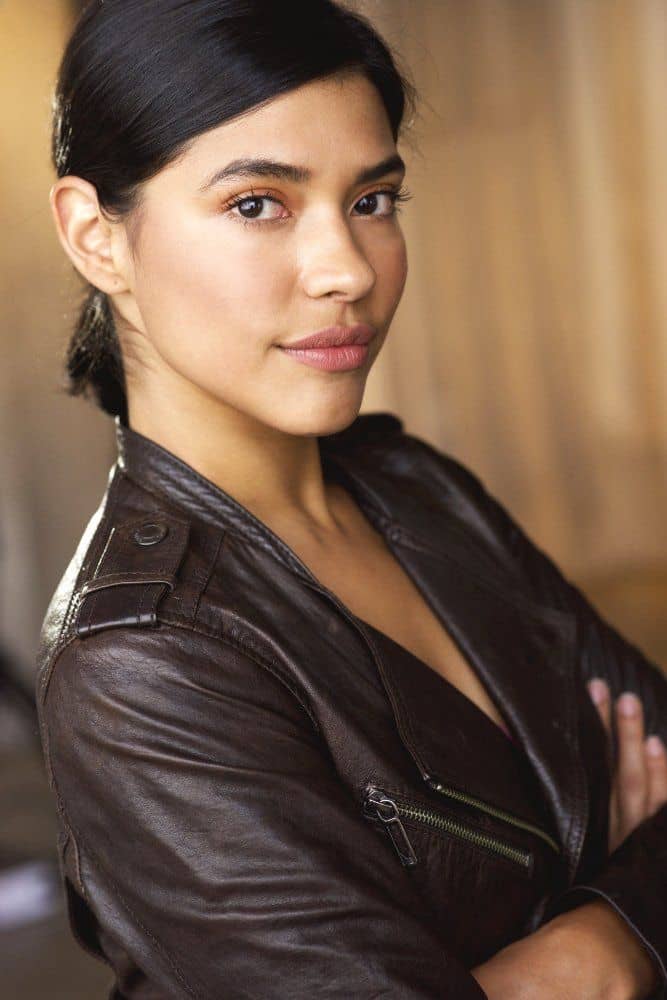 While DC’s Legends of Tomorrow landed the Waverider over the weekend for a fun cast and producer panel session at DC FanDome: Explore the Multiverse, exciting news was evolving in the show’s own off-the-wall timeline with the addition of a new series regular joining the cast for the upcoming sixth season. Lisseth Chavez (Chicago P.D.) has just been cast in the role of Esperanza “Spooner” Cruz.

Previously known for her role as Officer Vanessa Rojas on the NBC drama Chicago, P.D., Chavez has recurred on many hit television shows including Murder in the First, The Fosters, and The OA.

Tough and self-sufficient, Spooner Cruz lives off the grid, devising ingenious tech for the detection of — and defense against — space aliens. And while some might call her paranoid, she calls it being prepared. A survivor of a childhood alien encounter, Spooner now believes she has the ability to communicate telepathically with aliens — making her the perfect recruit for Waverider captains Sara Lance, Ava Sharpe and the Legends who, in season six, will be hunting down extraterrestrials who have been displaced throughout history.

Having spent last season tracking down the Loom of Fate in order to bring back their slain comrades, the Legends must now save history from a foe like none they have ever encountered in the past or future…space aliens! After Sara is abducted by a ruthless alien, this new mission becomes personal. It will take more than the combined powers of the Legends to save the world for a sixth time. They must recruit a new Legend: Spooner Cruz, a woman uniquely qualified to help the team defeat their intergalactic foes. Either that or she’s just crazy…

Produced by Berlanti Productions in association with Warner Bros. Television, DC’s Legends of Tomorrow is based on the characters from DC and returns for its sixth season in 2021 on The CW.