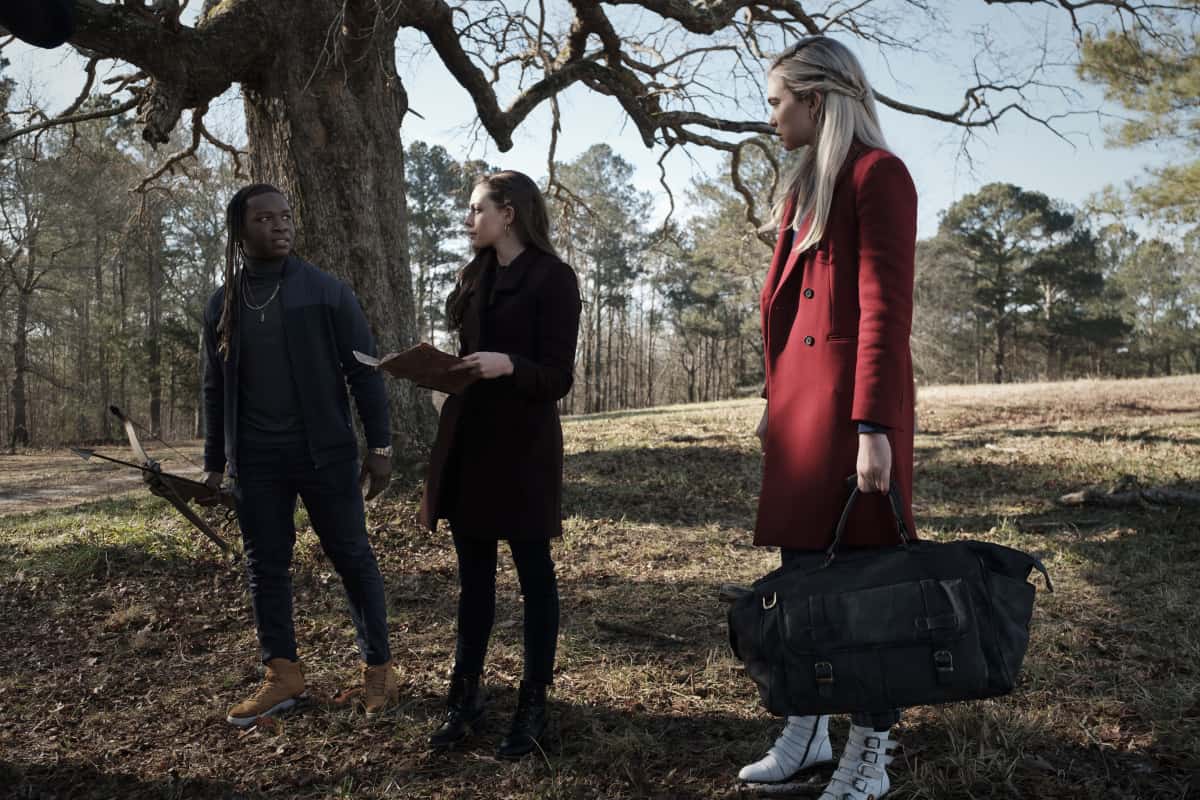 LEGACIES Season 3 Episode 9 Photos Do All Malivore Monsters Provide This Level Of Emotional Insight HISTORY REPEATING ITSELF — As tensions build between Hope (Danielle Rose Russell) and Lizzie (Jenny Boyd), the latest monster’s arrival at the school will force them to set aside their differences in order to defeat it. Meanwhile, Alaric (Matthew Davis) comes up with an excuse to keep tabs on Josie (Kaylee Bryant) at Mystic Falls High, and Cleo (guest star Omono Okojie) helps Kaleb (Chris Lee) cope with a recent fallout with MG (Quincy Fouse). Aria Shahghasemi and Leo Howard also star.