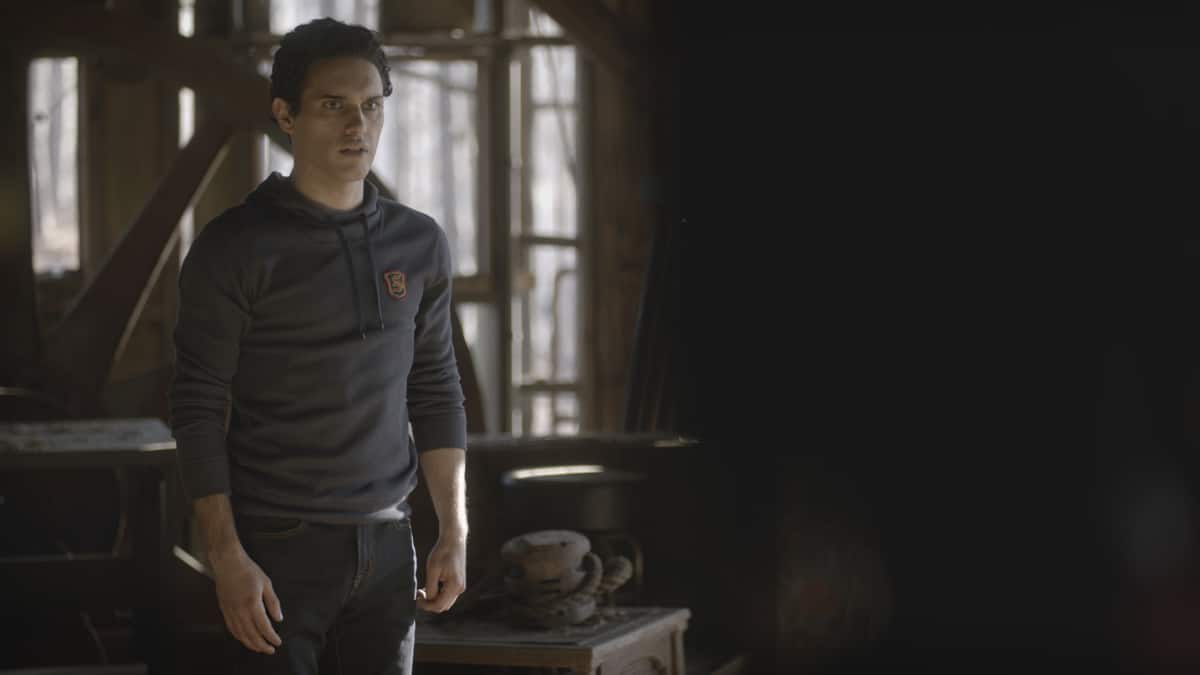 LEGACIES Season 3 Episode 12 Photos I Was Made to Love You SUSPICION— Hope’s (Danielle Rose Russell) suspicion is piqued after Wade (guest star Elijah B. Moore) shares some startling news with her. To uncover the secrets of a mysterious artifact, Alaric (Matthew Davis) must work with an enemy from his past. After Ethan (Leo Howard) finds himself in harm’s way, MG (Quincy Fouse) is forced to make a difficult decision. Aria Shahghasemi, Kaylee Bryant and Ben Levin also star. Michael Allowitz directed the episode written by Brett Matthews (#312). Original airdate 5/13/2021 s03e12