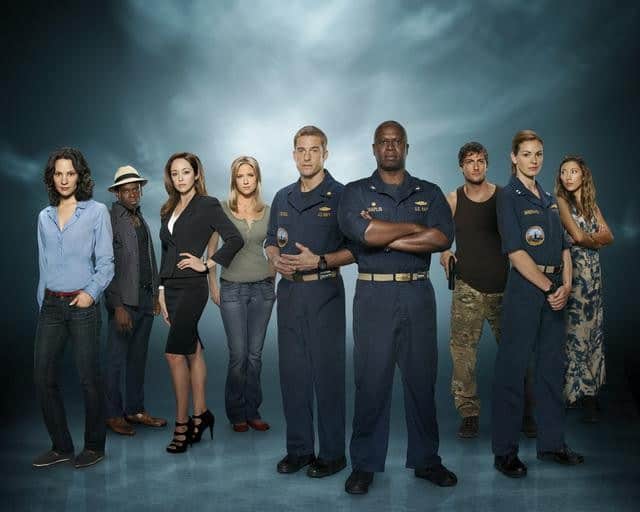 LAST RESORT Cast Photos : Five hundred feet beneath the ocean’s surface, the crew of the Ohio-class ballistic missile submarine “Colorado” – the most powerful nuclear submarine ever built — receive their orders. Over a communications channel designed only to be used if the U.S. homeland has been wiped out, they’re told to fire nuclear weapons at a foreign country. This suspenseful, emotional, epic series with high stakes will evolve like a classic, action-packed drama.

Captain Marcus Chaplin (Andre Braugher) demands confirmation of the orders to fire, only to be unceremoniously relieved of duty. XO Sam Kendal (Scott Speedman) finds himself suddenly in charge of the submarine and facing the same difficult decision. When he also demands confirmation of the orders, the Colorado is fired upon and hit. The submarine and its crew, who are actually honorable patriots, now find themselves crippled on the ocean floor and declared rogue enemies of their own country. With nowhere left to turn, Chaplin and Kendal take the sub on the run and bring the men and women of the Colorado to an exotic but dangerous island. Here they will find refuge, romance and a chance at a new life, even as they try to clear their names and get back home.