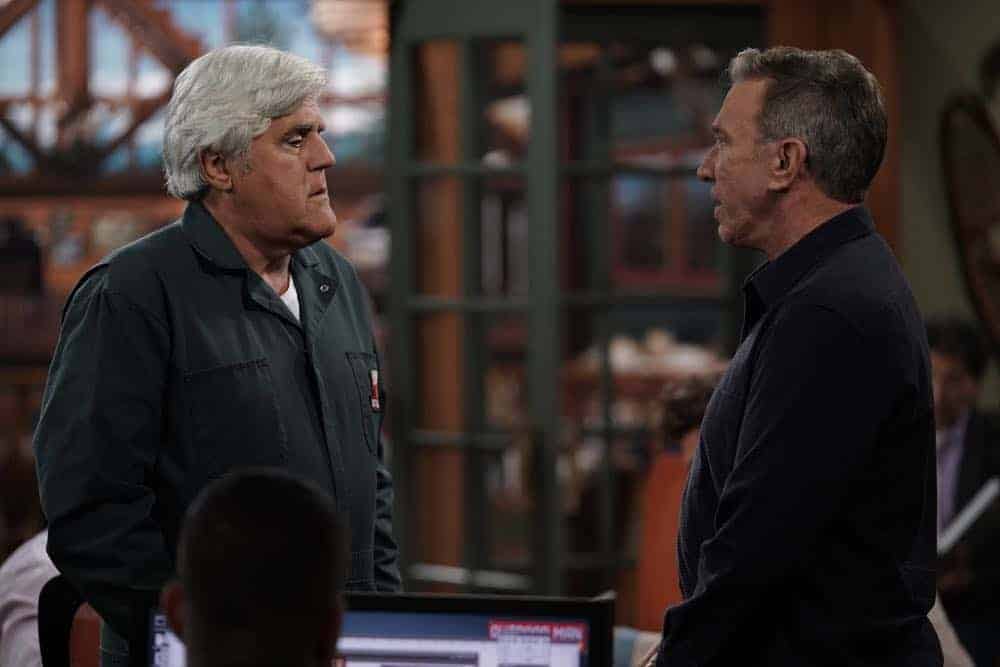 LAST MAN STANDING Season 7 Episode 3 Photos Giving Mike The Business – Under the threat of corporate takeover, Mike and Ed disagree on the direction of Outdoor Man’s future. Meanwhile, Vanessa is elated when she thinks Mandy and Kyle are trying to have a baby in the all-new “Giving Mike the Business” episode of LAST MAN STANDING airing Friday, Oct. 12 (8:00-8:30 PM ET/PT) on FOX. (LMS-703) (TV-PG D, L)