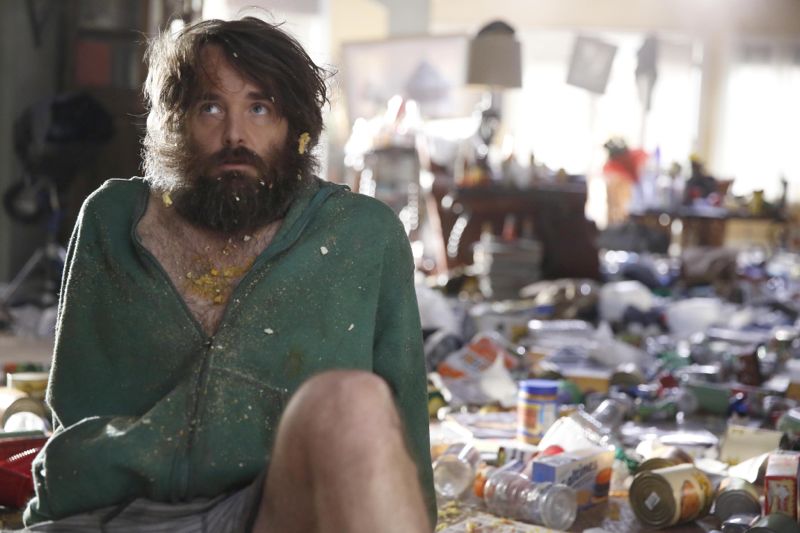 I love FOX’s THE LAST MAN ON EARTH.

I just wanted to get that out there before this review even starts. It is the most wholly original sitcom on television, taking a premise that seems unlikely to work and building something really cool on it. Having viewed the first two episodes, I’m not sure where exactly the show is going, but given the beauty of the premiere, I can wait and see.

THE LAST MAN ON EARTH begins in 2020, two years after a virus wipes out all of humanity. For some reason, there are no corpses or sign of anyone. The world is in pristine condition, as if everyone and every living creature in it just disappeared one day. I hope that’ll be explained further because that seems very unrealistic for what we’re told, and there is no mention of where the animals have gone. But that doesn’t matter for now because none of this is the focus of the series, nor should it be yet.

Enter Phil Miller (Will Forte, MacGruber, Saturday Night Live, Nebraska). Phil is the lone survivor, and he begins the pilot by searching the entire country for another human being. His search, as the title THE LAST MAN ON EARTH suggests, comes up empty. There’s no one left. What’s a guy to do?

Well, Phil isn’t just any guy. He’s a very specific type of guy. He isn’t the type of guy I am, nor the type most people would be, I suspect. However, the portrait Forte creates is an authentic, complex individual that I could absolutely see existing in the real world. He cares about a set number of things, and others, he won’t worry about until he has to. Hence why an examination of the premise can wait.

The first half hour is a really cool look at this character and how he deals with the situation he finds himself in. There’s a lot for Phil to do, being the only character in every single scene, and he gets through quite a few things in that initial episode. I don’t want to spoil much, but suffice it to say, as soon as you get to know the character a little bit, he acts exactly as one expects him to.

The thing is, there’s an emotional depth present that elevates THE LAST MAN ON EARTH above the typical sitcom. It’s known that Forte can do drama, even if he’s more familiar in comedy circles, and I wouldn’t call the first half hour a comedy any more than I would many of the thirty-minute programs on HBO and Showtime. There is funniness in it, to be sure, but there’s also real human pathos. THE LAST MAN ON EARTH does better than just deliver laughs. This is a tour de force for a deserving actor.

Because of an event at the end of the pilot, which I will not spoil, the second half hour is completely different. The second episode could possibly be more of a picture of what the series is going to be, and if it is a structure to be copied, I don’t think I will continue to love it for too long. But as a second episode, it’s highly appropriate and still very good. If the series moves on and grows from this point, then this is fine. I say this because I applaud the bold risk taking THE LAST MAN ON EARTH accomplishes and I don’t want it to get trapped in a box, which is a possibility, but not one I seriously think will happen.

Looking at the IMDB page of the show, or even the official site (which teases), it’s pretty clear that Forte will not remain alone in the series. Among those credited are Kristen Schaal (Bob’s Burgers), January Jones (Mad Men), Mel Rodriguez (Getting On), and Cleopatra Coleman (Step Up Revolution). Only one of these four appear in the first installments, and I’d prefer not to say who or under what circumstances. It’s because of this list, though, that I am optimistic about the show’s future, meaning it should continue to morph over time as it works its way through the realities of this post-apocalyptic world.

I’m sold. I hope you will be, too. THE LAST MAN ON EARTH premieres this Sunday at 9 p.m. ET.