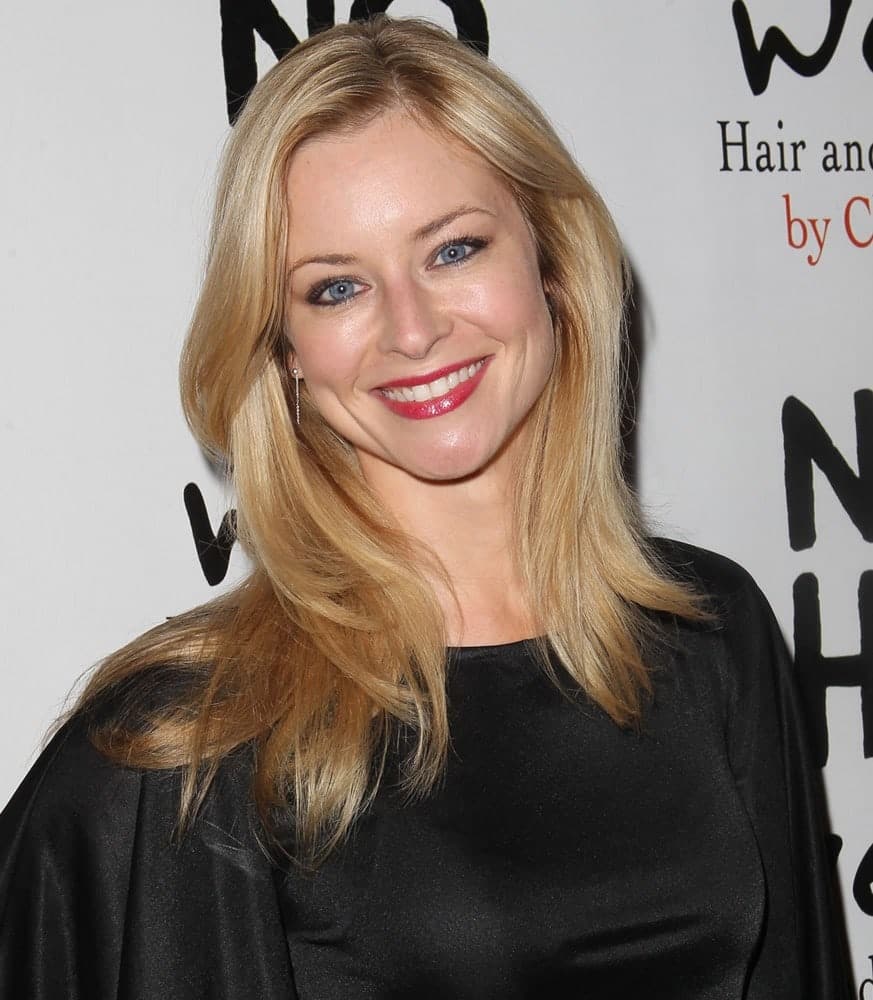 Life is just never what you expect it to be, and that holds even more true for the characters swept up in a murder mystery inside the gates of the prestigious community of Avalon. For Crystal Amhurst, she was destined to be the glamorous trophy wife who spends her days at her husband’s beck and call; yet that plan goes haywire when her husband turns up dead, and worse yet, another friend’s husband dies soon after.  The security gates were intended to keep violent crime far away, yet when those same barriers are found to be keeping someone even more deadly within, as the entire Avalon community falls prey to a dangerous string of suspicious deaths. In an exclusive interview, former ONE LIFE TO LIVE star Jessica Morris previews her character’s role in LADIES OF THE LAKE and reflects on where her busy career has taken her so far.

What initially appealed to you about the role of Crystal Amhurst and working on the LADIES OF THE LAKE?
JESSICA:  I like that all of the female characters in the show help each other to overcome their problems and gain their power back. These ladies have got each other’s backs and that’s refreshing to see and portray.

How would you describe who Crystal is?
JESSICA:  Crystal is a woman who is having trouble getting pregnant. Her husband makes her feel worthless because of this and is verbally abusive to her. She is the ultimate lady and keeps her composure. When she’s had enough, she takes care of it. All while looking fabulous and continuing to carry herself with grace.

What do you most admire and/or like about Crystal?
JESSICA:  I admire her strength. Even when her heart is broken, she keeps moving forward.

How would you describe Crystal and her relationships with the other ladies in Avalon?
JESSICA:  She protects her friends and she wants them to be happy. So much so, that she buries a lot of her own pain and keeps many of her most difficult issues a secret for a long time, because she doesn’t want to bother them.

What sort of journey does Crystal undertake in LADIES OF THE LAKE?
JESSICA:  She goes from being someone who just accepts the unfairness of her life and the mistreatment towards her to someone who starts to put her own needs and desires first for a change. And she deserves it!

What has been your favorite part about working on this project?
JESSICA:  My favorite part of the shoot was connecting with the other actresses. During the scenes when our characters are bonding the most, there was a parallel understanding that developed between us as women in those moments that felt important.

What is it like working alongside Marie Wilson, Lily Melgar, Martha Madison, Jillian Clare?
JESSICA:  They are so much fun! The wrap party was hilarious. We were dancing and being total goofballs.

What do you think audiences will enjoy about LADIES OF THE LAKE?
JESSICA:  I think people will love the costumes and hair and makeup. They will be highly entertained by the characters.  Hopefully the stories will pull at their heart-strings a bit but there are also a lot of comedic moments that lighten it up.

What has surprised you most about your career so far?
JESSICA:  I’m still relatively young. But people always scared me about aging at all in Hollywood, like after 25 you are over the hill or something. But I have found that with every passing year, the roles offered to me get more and more interesting and dynamic. So that has been a nice surprise.

At this stage of your career, what do you think you have learned from the roles and projects you have worked on?
JESSICA:  I have learned that the only person that ever actually gets in my way is me. When I’m dedicated to finding truth through the characters I play, it is all right there. I don’t have to try so hard but just surrender. I’ve also learned to appreciate every experience. Because before you know it…it is just another memory, so I relish the present moment.

What are the perks of where you are in your career right now?
JESSICA:  I’ve been at this thing for a while now and I’ve noticed that the connections I have made and the seeds I have planted over the years are finally sprouting some beautiful flowers. Directors and producers that I have worked with before continue to hire me for other projects and I get offers based on the past work that I have done.

If there were one role you would like to revisit, which would it be and why?
JESSICA:  None of them. I feel that the right roles come to actors at the right time. Whatever energy you are putting out attracts the part that is meant for you at that exact time and place.

Do any of your characters and the situations they find themselves in ever leave a lasting impression on you?
JESSICA:  Of course. I am able to separate myself but it all makes me think. After school I either wanted to be a psychologist or an actor. I’ve always been fascinated by human behavior. I never choose to judge others but just wonder what internal or external forces drive them to make the decisions that they make. So the intricacies of the characters I play interest me before, during and after the shoot.

Has there been any great advice you have gotten?
JESSICA:  What advice would you offer to other upcoming and aspiring actors? I’ve had older, more experienced actors tell me “Just have fun!”. As simple as this sounds, that is what it’s about. I have to try to not take myself so seriously all the time.

Do you have any other upcoming projects that you can share that fans should keep an eye out for?
JESSICA:  I have a comedy feature film “The Hollywouldn’ts” that is available now for preorder on iTunes. I also have a horror film called “American Exorcism” that will be released digitally (Hulu and Netflix) on May 2nd.

At a time when women’s voices are rising to be heard and respected around the country and world, what do you recommend your fans do to lend support in that endeavor?
JESSICA:  Just keep watching. Projects with strong female leads are becoming more of a regular occurrence. Having a fan base that appreciates that and continues to support by watching are so important.

Do you participate in any charitable causes that you would like your fans to support and become more involved with?
JESSICA:  I’ve recently gotten a little involved with an organization called Face Forward. They help survivors of violent and disfiguring crimes put their best face forward after suffering from domestic abuse. A very honorable cause and I hope to be more involved in the near future.