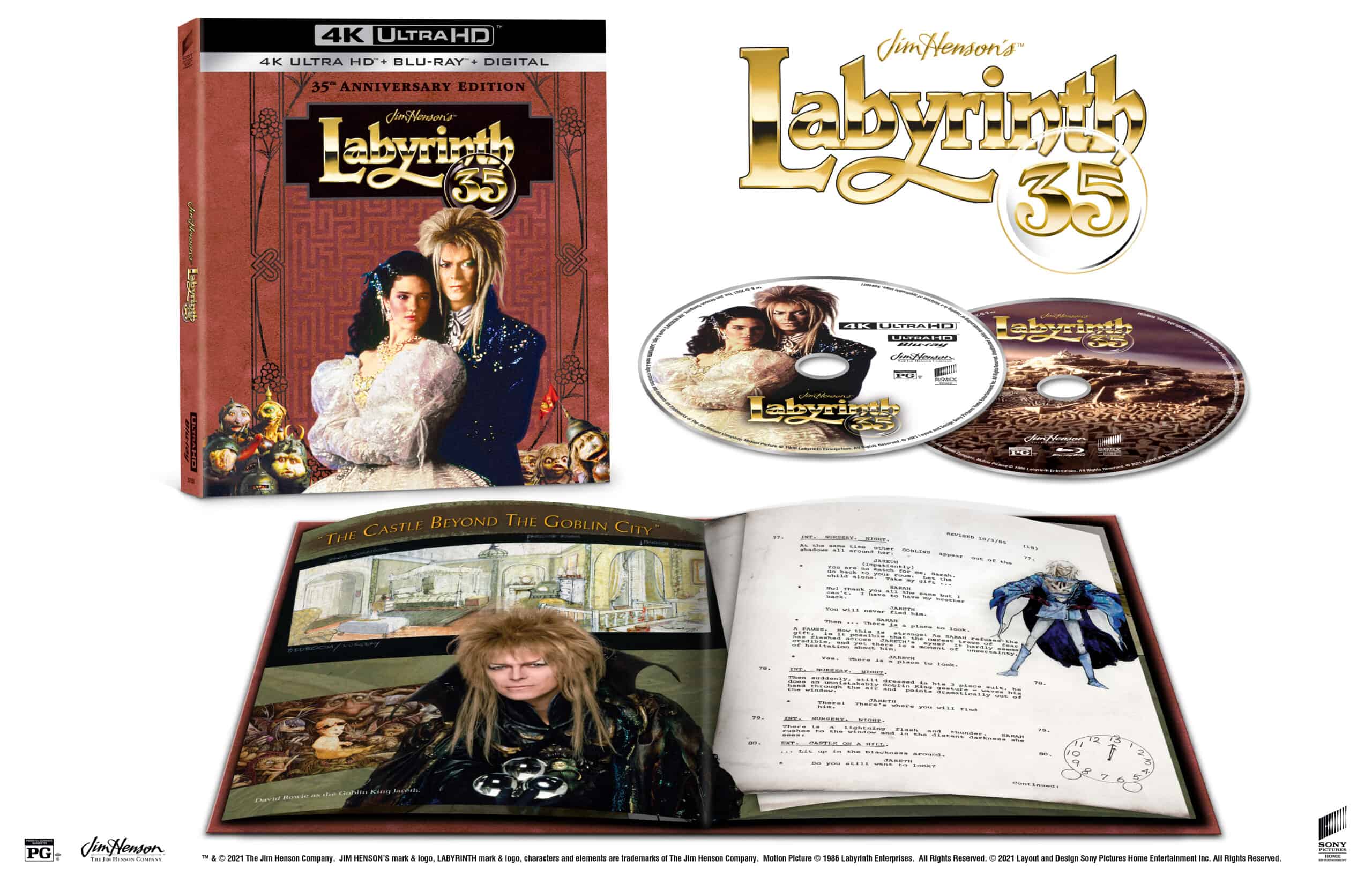 From visionary filmmaker Jim Henson comes the unforgettable fantasy favorite LABYRINTH, now celebrating its 35th anniversary. A 16-year-old girl (Academy Award® winner Jennifer Connelly, Best Supporting Actress, A Beautiful Mind, 2001) is given 13 hours to solve a dangerous and wonderful labyrinth and rescue her baby brother when her wish for him to be taken away is granted by the Goblin King, played by the iconic David Bowie.

DISC DETAILS & BONUS MATERIALS
Limited edition collectible set presented as a 28-page Digibook—featuring rare artwork, photography and early script pages, all from deep within the Henson Archives—styled to resemble Sarah’s book of The Labyrinth from the film

ABOUT THE JIM HENSON COMPANY
The Jim Henson Company has remained a leader in family entertainment for over 60 years and is recognized as an innovator in puppetry, animatronics, and digital animation. Henson’s most recent television credits include Duff’s Happy Fun Bake Time for discovery+, Earth to Ned for Disney+, Fraggle Rock: Rock On! for Apple TV+, and the Emmy Award-winning Netflix Original series The Dark Crystal: Age of Resistance. The Company is currently in production on the upcoming series Harriet the Spy and a reboot of Fraggle Rock, both for Apple TV+, as well as Guillermo Del Toro’s Pinocchio for Netflix.