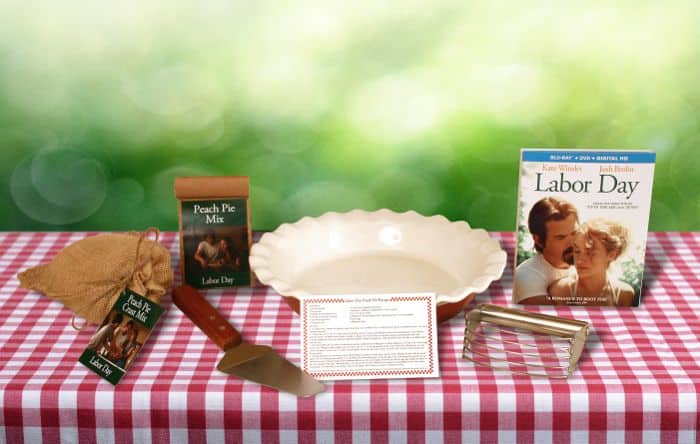 Seat42f and Paramount Home Entertainment have teamed up to give ONE lucky winner a copy of LABOR DAY on BLURAY/DVD Combo Pack. The winner will also receive the LABOR DAY prize pack shown above. For a chance to win leave a comment below telling us why you want to add LABOR DAY to your BLURAY collection. Only one entry per person. Contest ends May 8th. Winner will be notified on May 9th via email so make sure to use a valid email address when you post your comment.

From writer/director Jason Reitman, the Academy Award®-nominated director of Up In The Air and Juno, comes “a beautiful and endearing love story” (Shawn Edwards, FOX-TV) based on the New York Times best-selling novel by Joyce Maynard.  “Kate Winslet and Josh Brolin are exquisite” (Karen Durbin, Elle) in this “beautifully told” (Betsy Sharkey, Los Angeles Times) story of a mother and son who take in a mysterious stranger over a long Labor Day weekend, leading to a second chance at love.