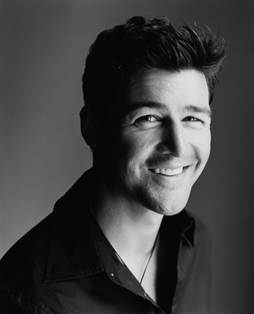 Emmy Award winner Kyle Chandler (Friday Night Lights, Argo, Zero Dark Thirty) has been cast in the lead role of the drama pilot THE VATICAN, a provocative contemporary genre thriller about spirituality, power and politics – set against the modern-day political machinations within the Catholic church. Chandler will portray Cardinal Thomas Duffy, the charismatic yet enigmatic Archbishop of New York, whose progressive leanings excite some and alarm others within the hierarchy of the Catholic Church. Acclaimed actors Matthew Goode (A Single Man) and Sebastian Koch (A Good Day to Die Hard) have also joined the cast. THE VATICAN will begin production in 2013 and is being produced by Sony Pictures Television in association with SHOWTIME for series consideration. The announcement was made today by David Nevins, President of Entertainment, Showtime Networks Inc.

“Kyle Chandler is one of the most talented and sought-after actors working today, and was a fantastic creative partner through five seasons of Friday Night Lights,” said Nevins. “With Kyle, Matthew Goode and Sebastian Koch, Ridley and Paul have put together a powerhouse cast to anchor this incredibly timely show.”

A beloved actor on the small and big screen, Chandler is best known to audiences for his Emmy-winning role as Coach Eric Taylor on Friday Night Lights. His film credits include Super 8, The Day the Earth Stood Still, King Kong, Broken City, and two Academy Award®-nominated films this year for Best Motion Picture, Argo and Zero Dark Thirty. His television roles include lead and guest starring roles on Early Edition, Homefront, What About Joan and Grey’s Anatomy. Chandler can next be seen in the feature film The Wolf of Wall Street, directed by Martin Scorsese.

Acclaimed actor Matthew Goode has been cast in the role of Papal Secretary Bernd Koch, the current Pope’s closest confidante – giving him a very powerful perch within the inner-circle of the Vatican. Goode’s feature film credits include Stoker opposite Nicole Kidman and Mia Wasikowska, A Single Man, Watchmen, Match Point, The Lookout, Brideshead Revisited and Chasing Liberty. He currently stars in the BBC miniseries Dancing on the Edge, which will air in the US later this year.

With appearances on stage, television and film, Sebastian Koch is one of Germany’s most successful actors, and will play Cardinal Marco Malerba, the Vatican’s Secretary of State. Malerba is informally known as the “dark prince of the Curia” for his proven abilities to ruthlessly wield power within the Church hierarchy. Koch’s credits include a lead role in the 2007 Oscar® winner for Best Foreign Language Film The Lives of Others, as well as Sea Wolf, Paul Verhoeven’s Black Book, Camelot, and the action thriller A Good Day to Die Hard.

THE VATICAN will explore the relationships and rivalries as well as the mysteries and miracles behind one of the world’s most hidden institutions. Two–time Oscar nominee (Quiz Show, Donnie Brasco) and three-time Emmy nominee (House M.D.) Paul Attanasio wrote the hour-long script.  Master of modern day cinema and triple Oscar nominee and Golden Globe®-winner Sir Ridley Scott (Gladiator, Prometheus) will direct the pilot – marking his first ever for television. Attanasio, Scott, and David Zucker (The Good Wife) will serve as executive producers.