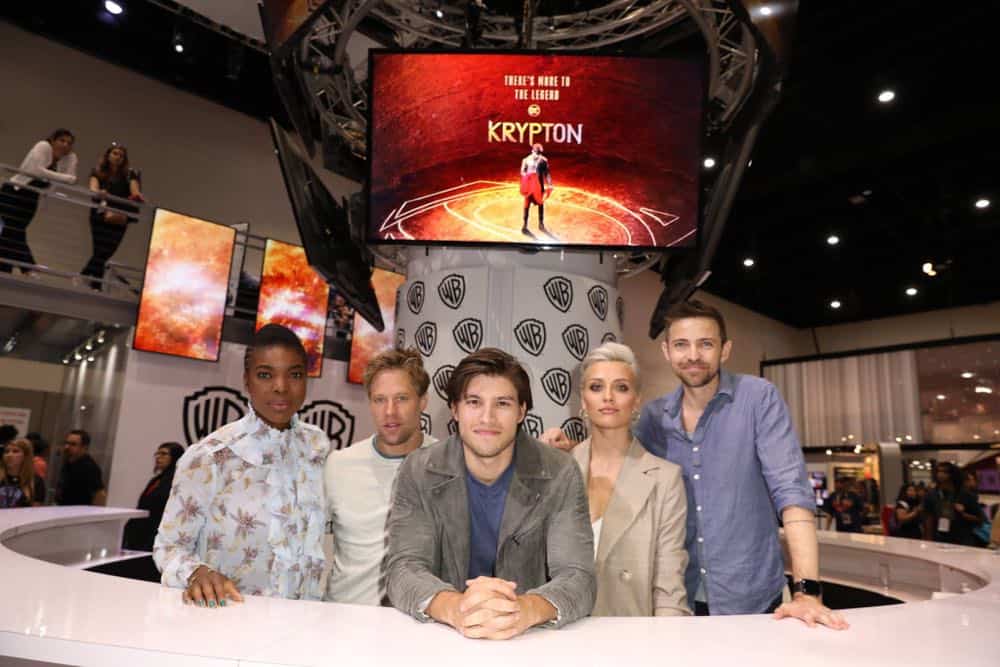 After a mind-blowing season one finale that saw Krypton’s history drastically rewritten, the future of Superman has never been in greater jeopardy. Join series stars and executive producers of SYFY’s hit series as they discuss the many surprises of the first season and provide an inside look into what fans can expect in season two. From Warner Horizon Scripted Television and executive produced by David S. Goyer (Man of Steel, Batman v Superman: Dawn of Justice, The Dark Knight trilogy) through his Phantom Four banner, along with Cameron Welsh, Krypton is based on characters created by Jerry Siegel and Joe Shuster, published by DC. The series will return in 2019 on SYFY. Follow the show on Twitter at @KryptonSYFY.