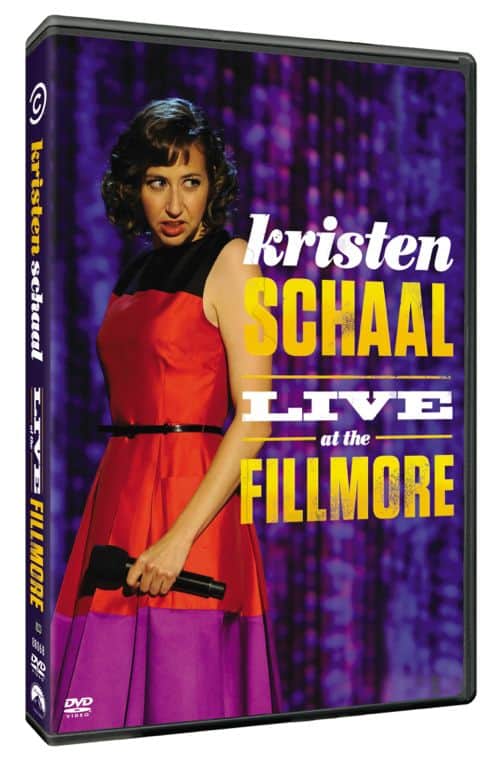 Seat42f and Paramount Home Entertainment have teamed up to give THREE lucky winners a copy of KRISTEN SCHAAL: LIVE AT THE FILLMORE on DVD. For a chance to win leave a comment below telling us why you want to add KRISTEN SCHAAL: LIVE AT THE FILLMORE to your DVD collection. Only one entry per person. Contest ends April 11th. Winners will be notified on April 12th via email so make sure to use a valid email address when you post your comment.

In her first Comedy Central original one-hour special, Kristen Schaal: Live at the Fillmore, Schaal is not afraid to go blue at times (which is shop talk for explicit). She will talk about taints. She will perform her magician’s assistant audition. She may even surprise the audience with a special guest: her dancing horse. Known to many as a correspondent on The Daily Show with Jon Stewart and as an eccentric fan on Flight of the Conchords, Kristen Schaal unleashes her hysterical comedic wit upon San Francisco. Now you can own Schaal’s whimsical hour, extended and uncensored.