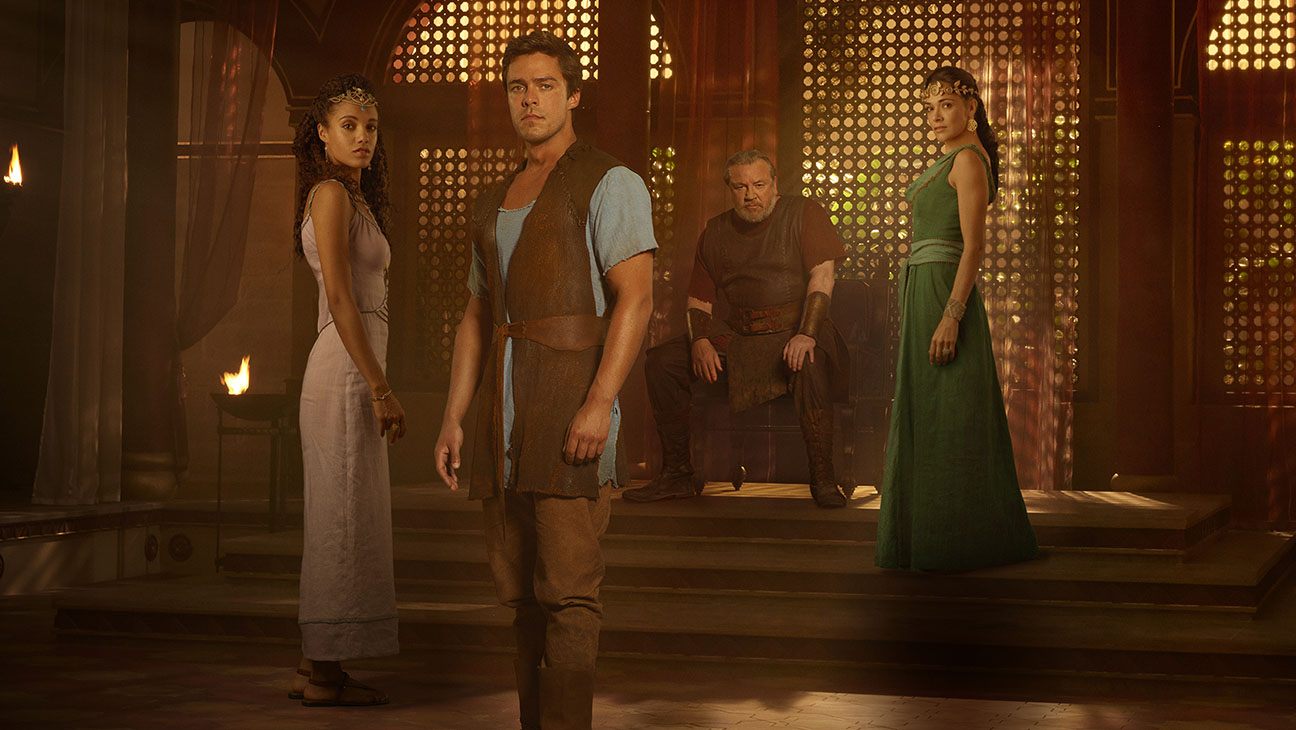 As has become very in vogue over the last few years, ABC trots out a new Bible-based series for their spring schedule, expanding the offering from the miniseries and TV movies viewers have been getting recently into a full-fledged series. OF KINGS AND PROPHETS goes for the Old Testament, adapting the Books of Samuel (Joshua, Judges, Samuel, and Kings), or more specifically, the later parts of that story, when Israel was guided by the prophets. Or, around 630-540 BCE.

The series has two main players, as near as I can tell. King Saul (Ray Winstone, Indiana Jones and the Kingdom of the Crystal Skull) is the leader of the Israelites, uniting the tribes for the first time. He’s prone to anger, but mostly trusts in God, whose instructions are relayed to him through the Prophet Samuel (Mohammad Bakri, Laila’s Birthday). Saul is torn between his political aspirations, his family commitments, and what he is told his goals are. Is he a wise enough ruler to balance those forces?

The second key figure is David (Olly Rix, WPC 56), a shepherd. In the first episode, David’s father is set to punished because he has failed to protect his sheep from a lion, so David sets out to kill the lion and restore honor to his clan. Basically, he’s the young, confident hero of the piece.

And really, despite everything else going on, and there’s a lot going on in the first episode of OF KINGS AND PROPHETS, that’s all I can tell you about the plot. The reason for this is because it’s a convoluted mess full of underdeveloped, interchangeable, forgettable characters and bizarre choices.

Take the liberties OF KINGS AND PROPHETS makes from the source, for example. To update the story for modern times, and with the hopes of appealing to the crowd who likes a good sword-and-sandals genre program, a lot of sex and violence are added in, as well as important roles for female characters, especially Ahinoam (Terra Nova’s Simone Kessell, the best part of the show). These things stretch the historical accuracy, especially the relationship drama, which seems tailored to the soapy tastes of present day broadcast networks.

Yet, the strong belief in God is left intact. This would be fine, given that the people who lived in this era likely had a much stronger faith than most people today, except, as in most modern Biblical tellings, their God is real and does affect the course of events, a literal deus ex machina.

I understand that the religion-centric conceit is left in to appeal to the parts of the viewing audience that believe the events of The Bible really happened, and to try to woo the Christian sect. However, that contrasts with the blood and sex stuff I mentioned before. Yes, there’s violence and intercourse in The Bible, but not the way it plays out on screen here. The conflict between the two makes OF KINGS AND PROPHETS feel disjointed and at odds with itself.

About the only thing I can say positive about OF KINGS AND PROPHETS is that it looks pretty cool. Filmed in South Africa, the production achieves the epic feeling it’s going for, and the landscapes are wonderful. It does feel set in a different time and place than just about anything else on the Big Four networks, and sets itself apart from most of what it will air opposite.

That’s not enough, though, to redeem a meandering, shallow story, and unfortunately, The Bible will have to continue to wait for good adaptations of its works, with OF KINGS AND PROPHETS falling in line with the other poor examples from the last few years.

OF KINGS AND PROPHETS premieres Tuesday at 10/9c on ABC.