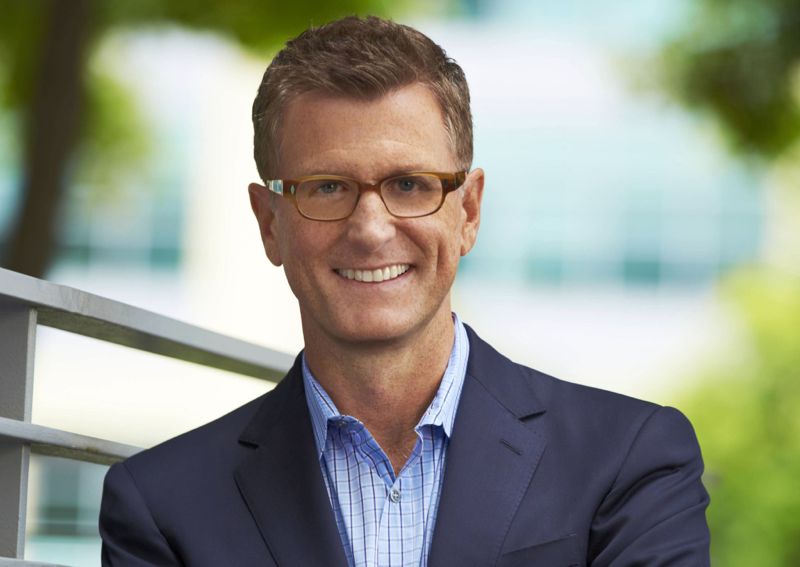 Kevin Reilly will join Turner Broadcasting System, Inc. as president of TBS and TNT and chief creative officer for Turner Entertainment, it was announced today by David Levy, president of Turner Broadcasting. Reilly, who most recently served as chairman of entertainment for Fox Broadcasting Company (FOX), will be responsible for overseeing and leading the TNT and TBS networks and brands, including all content development; business affairs and production; marketing, brand and creative services; digital platforms; and program scheduling, planning and content-monetization strategies.

As chief creative officer, Reilly will chair the newly formed Turner Entertainment Programming Council, a coordinated effort engaging the senior programming executives of TNT, TBS, Adult Swim and truTV to explore and develop cross-platform opportunities; expand the division’s pipeline of leading content; and position and advantage Turner as the premier partner for creative providers of every genre. Reilly will be based in Los Angeles, reporting to Levy.

“Kevin is one of the most respected, innovative and influential executives in the television industry, and he’s joining Turner Broadcasting at the ideal time for him and for the networks,” said Levy. “Kevin brings a tremendous track record of success not only in terms of programming hits but also in the new media arena, where he was among the first broadcast network executives to push for meaningful investment in digital and social media. He has never shied away from taking bold programming risks and being a true champion of quality television. And on top of all that, he’s an inspiring leader whose energy, creativity and style are a perfect fit for Turner’s flagship entertainment networks.”

In addition to his oversight of TNT and TBS, Reilly is charged with more strategically leveraging content acquisition for TNT, TBS, Adult Swim and truTV. “The creation of a chief creative officer role is central to my model for more aggressively engaging in the war for content,” Levy continued. “Kevin will lead this newly formed council in identifying and securing the best programming available in the marketplace for the full range of consumer platforms to further advantage the Turner entertainment brands.”

Reilly joins Turner Broadcasting as TNT, TBS and Adult Swim enjoy ratings success. TNT recently won the summer as basic cable’s #1 network in primetime and claimed the three most-watched original series. TBS is basic cable’s #1 network in primetime delivery of adults 18-49 for the year-to-date. And Adult Swim is the #1 basic cable network among adults 18-34 in total day and primetime, as well as among adults 18-49 in total day. truTV, meanwhile, has just kicked off a major brand refresh, with an extensive slate of new series designed to draw young adult viewers.

“There’s so much theoretical blabber these days about the potential of emergent content and platforms that you can drown in it,” said Reilly. “My six-month journey through the robust but chaotic media marketplace led me to re-confirm a less novel idea: the best place to create, distribute and consume premium television content today is cable TV. Through this process, I connected with kindred spirits in David Levy and the whole Turner organization, who understand both the real value of what we deliver today and how we need to push forward to stay positioned for tomorrow. We are going to use the considerable resources at Turner to entice top talent, create world-class content and meet and engage consumers in a contemporary fashion. I can’t wait.”

Throughout his career, Reilly has distinguished himself as one of television’s most influential and forward-thinking leaders in both broadcast and cable television. Over 11 years, he led NBC and FOX, including an unprecedented seven-year run for FOX as television’s #1 network. And as head of FX, he established a groundbreaking slate of original series that not only transformed the network from a fledgling cable outlet into a profitable creative powerhouse, but more importantly ushered in a new era in which cable networks would become the dominant force in high-quality programming.

On the creative front, Reilly has championed some of TV’s most successful and critically celebrated series, including Glee, The Office, 30 Rock, The Sopranos, The Shield, Nip/Tuck, ER, Homicide: Life on the Street and Law & Order, as well as Saved by the Bell, which continues to be a cultural phenomenon today. Reilly has also been a driving force in multi-platform content, significantly bolstering FOX’s investment in digital and social media.

Reilly joined FOX in July 2007 as president of entertainment for the network. Under his leadership, FOX scored a pop-culture sensation with the Emmy®-nominated and Golden Globe®-winning Glee. More recently, Reilly oversaw the launch of Brooklyn Nine-Nine, which earned the Golden Globe for Best Television Series – Comedy or Musical in its first year on the air; Gotham, which has become one of the most popular and talked-about series of the 2014-15 season; New Girl, FOX’s highest-rated sitcom in 10 years; and The X Factor, which finished its first season as television’s #1 unscripted series. In addition, Reilly was the architect behind the recently launched Animation Domination HD, an independent production subsidiary now ramping up production to generate alternative animation for digital channels and a late-night block on FOX.

Reilly previously served as president of entertainment at NBC, where he introduced and oversaw the development of such popular hits as The Office, The Biggest Loser, Heroes, Friday Night Lights and the multi-award-winning Tina Fey sitcom 30 Rock.

Reilly joined NBC after serving as president of entertainment for FX, where he led the industry with an aggressive slate of original quality programs, including seminal series The Shield and Nip/Tuck. Within a year of Reilly’s arrival, FX made cable history when The Shield broke cable ratings records and went on to receive the 2002 Golden Globe for Best Television Series – Drama  (2002) and an Emmy for lead actor Michael Chiklis (2002) – both firsts for basic cable.

Before FX, Reilly was president of television at Brillstein-Grey Entertainment. He joined the company in 1994 and was responsible for shepherding the pilot for the landmark series The Sopranos, one of the most successful and critically acclaimed shows in television history, as well as the hit NBC comedies Just Shoot Me and NewsRadio.

Early in his career, Reilly held a variety of positions at NBC Entertainment, where he had a hand in the development of distinctive and groundbreaking hits, including the pilots of ER, Homicide: Life on the Street, Law & Order and the enduring favorite Saved by the Bell.