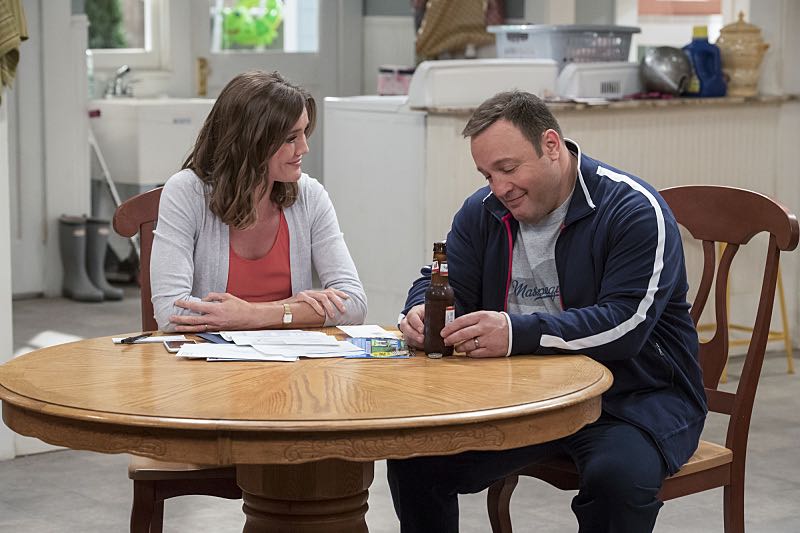 KEVIN CAN WAIT stars Kevin James as a newly retired police officer looking forward to spending carefree, quality time with his wife and three kids, only to discover he faces tougher challenges at home than he ever did on the streets. Kevin’s retirement plans consist of chilling with his family and having epic adventures with fellow retirees Goody (Leonard Earl Howze), his former partner and close friend, and Duffy (Lenny Venito), his oldest pal, as well as his brother, Kyle (Gary Valentine), a fireman whose closest encounter with a blaze would be a grease fire in the firehouse kitchen. However, Kevin’s dream is jeopardized when he discovers that Donna (Erinn Hayes), his wonderful wife of 20 years, has shielded him from key family info while he worked overtime protecting the community. Their usually reliable eldest, Kendra (Taylor Spreitler), is dropping out of college so she can support her unemployed fiancé, Chale (Ryan Cartwright), while he designs the next “big app”; his teenage daughter, Sara (Mary-Charles Jones), is having issues at school; and their youngest, Jack (James DiGiacomo), is a bit of a hypochondriac. For now, his plans for a cushy life will have to wait, because Kevin has work to do, and this time, his family is his beat. Bruce Helford, Rock Reuben, Kevin James, Jeff Sussman and Andy Fickman are executive producers for CBS Television Studios in association with Sony Pictures Television. Fickman directed the pilot.