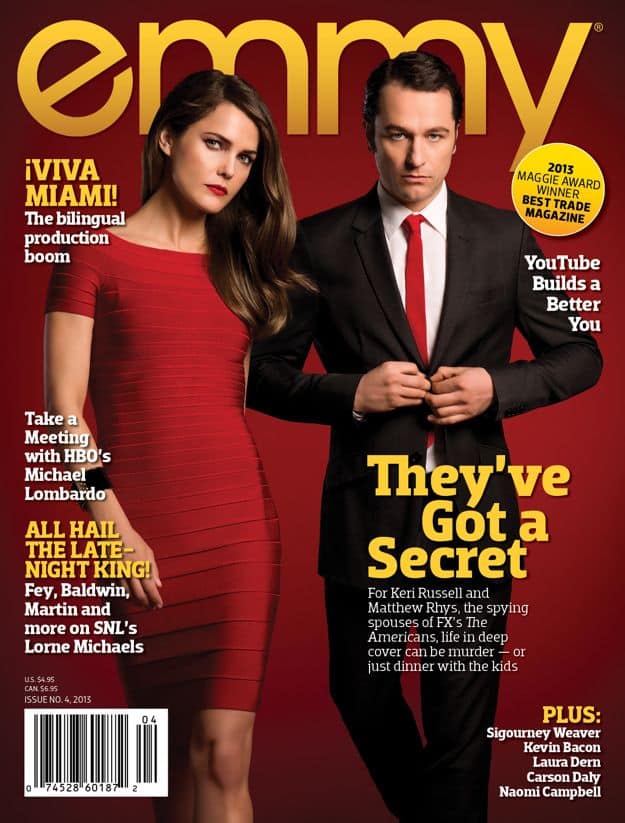 Keri Russell and Matthew Rhys, costars in FX’s new, hit series The Americans exude sex appeal and danger on the cover of the first of two June issues of award-winning emmy® magazine, the official publication of the Academy of Television Arts & Sciences. Inside, photographer Mike Ruiz draws out their rebellious sides with Keri in smoking hot dresses designed by Hervé Leger and Skingraft and a sexy trench coat by Burberry, with Matthew in a sophisticated suit, sweater and a leather jacket fit for a spy by John Varvatos. Keri and Matthew discuss the nuances of their characters’ marriage and the emotionally complicated relationships they have to juggle in playing Russian KGB spies posing as a perfect American family during the early 1980s. Additionally, creator and executive producer Joe Weisberg, discusses his brief career in the CIA and the need for him to submit each script to the agency to prevent classified material from finding its way onto the air.