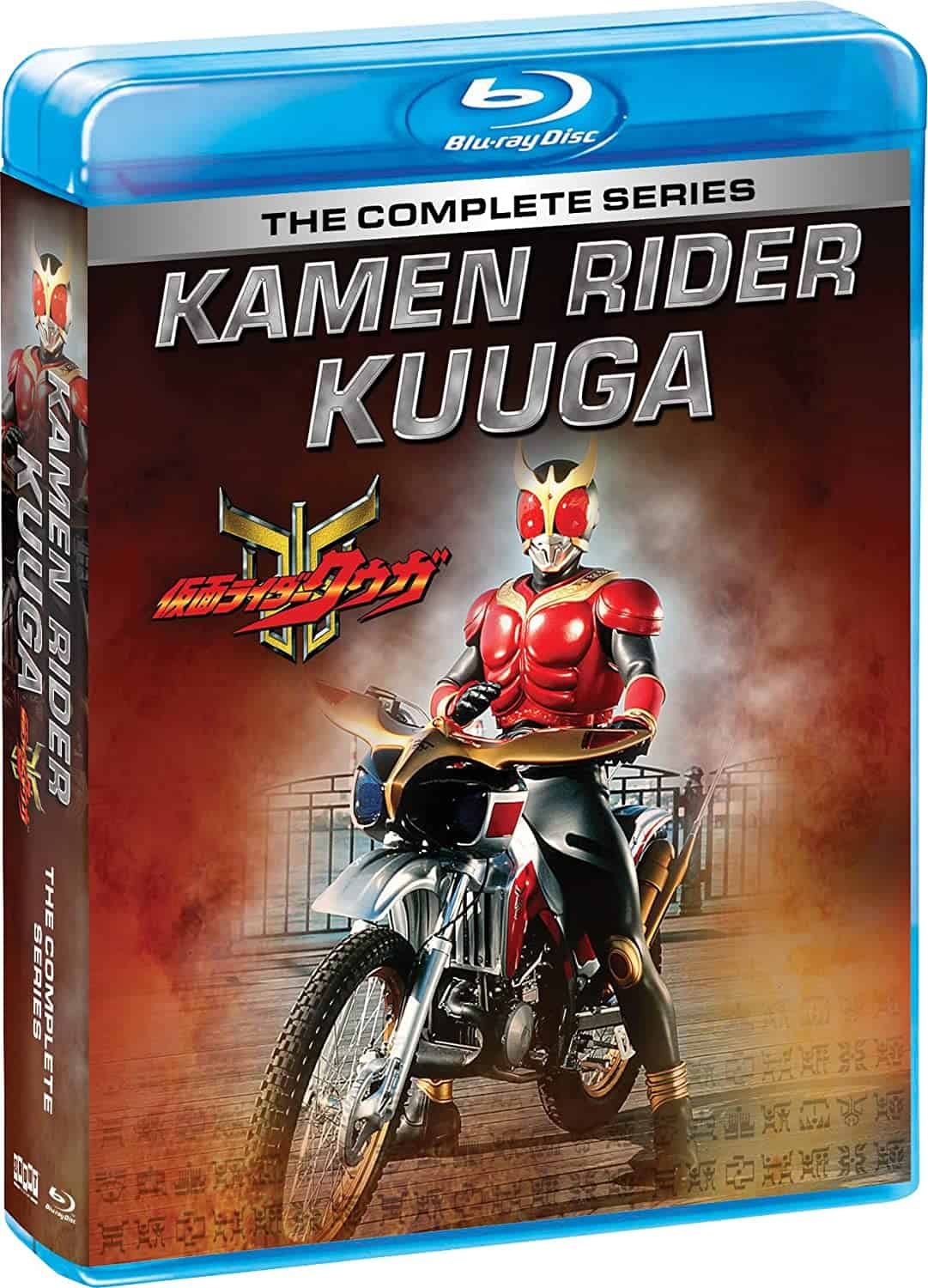 Originally premiering in 1971, the long-running Japanese television series Kamen Rider follows the exploits of a masked, motorcycle-riding hero who fights the forces of evil. The number one kids’ program in Japan for almost 50 years, Kamen Rider has proved to be beloved through multiple series iterations and generations of fans and Riders.

KAMEN RIDER KUUGA premiered in Japan in 2000 and was the first installment in the franchise’s televised run in the Heisei Era.

When a group of archaeologists uncovers the tomb of a legendary warrior, they unearth Kuuga’s belt, accidentally releasing an ancient race of monsters called the Grongi, bent on destroying humanity. Enter Yusuke Godai, a modern-day guy-next-door, who learns he is telepathically linked to the mysterious stone belt. With its power, he transforms into the legendary warrior known as Kuuga, humanity’s only defense against the murderous Grongi monsters.

TOEI COMPANY, LTD. has enjoyed support from a diverse fan base since its founding in 1951 and striven to provide various entertainment through the production of movies, TV shows, animation, and other home entertainment products, with diversified applications of these contents. TOEI also produces these contents at both production studios in Tokyo and Kyoto together with post-production facility, TOEI DIGITAL CENTER in Tokyo. With its affiliate, TOEI ANIMATION OIZUMI STUDIO, TOEI engages in the development of character-based businesses and events. Also, T-JOY CO., LTD., cinema complex operator by TOEI, continues to distribute a lot of movies for theatrical release to meet the diversification of movie entertainment. For more information, please visit to the webpage of TOEI COMPANY, LTD (https://www.toei.co.jp/en/company/index.html).