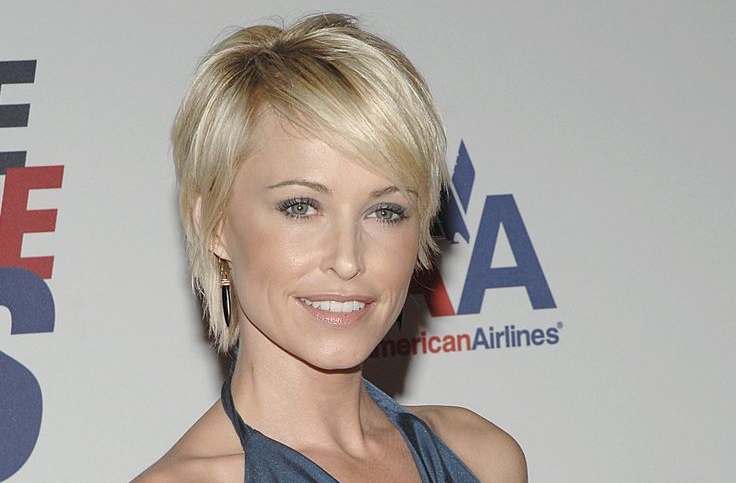 Actress Josie Bissett is no stranger to the small screen. Thanks to shows like Melrose Place and The Secret Life of the American Teenager, Bissett has fans of all ages who love her work as an actress, but the star is also a published author with a passion for parenting. That makes her latest role as Sonia, a woman who can’t have children of her own, in Pregnant at 17 particularly poignant.

Bissett spoke with Seat42F about what drew her to Pregnant at 17, why she thinks Lifetime movies are so enduring, and what it is like to play Liam Neeson’s wife. Catch Pregnant at 17 tonight, Saturday, February 20 at 8 p.m. on Lifetime.

What is Pregnant at 17 about?

Bissett: The movie in a nutshell is about a woman, my character, who is unable to have children after having a miscarriage and she is healing from that when she simultaneously finds out her husband is having an affair. Then she becomes obsessed about who this girl is and she begins to track her. Throughout that process she becomes close to her and she realizes the girl didn’t even know he was married, so the girl is a bit innocent in all of it. She is super sweet and scared, so Sonia, my character becomes her protector in the movie.

Did you relate to Sonia?

Bissett: I did. I’ve had a miscarriage myself, so number one, I know how that feels to start planning your life around something and then it doesn’t happen. I really relate to her passion to become a mother, and how she’s ready for that time in her life because I remember going through that when I was working really hard on Melrose Place. I was really ready for the next stage of my life, to be a mother.

It sounds like there is going to be an emphasis on the bond between Sonia & Chelsea. Did you enjoy playing that relationship?

Bissett: It’s part of why I took this role because I felt like it was a different twist on a Lifeime movie and I thought it was a strong decision that the character made that showed a lot of compassion and strength to leave her marriage right away. Then to help this young girl through her pregnancy when it is her husband’s baby is definitely a twist.

There’s some action stuff in it, and I got to do my own stunts for that. There’s a lot of different aspects to the movie, a lot of emotional range. I did love working with Roark Critchlow and Zoe De Grand Maison, they are both just great actors.

You seem to be passionate about parenting & parent advice. Is that what drew you to this movie?

Bissett: It’s part of it. I love getting to play a parent now that I am a parent. She’s not a parent in this, but there is the aspect of helping the young girl. I think the older I get the more the dynamics of the scripts that I get are more real, more real life. They’re relatable to something I’m going through, or something that someone else is going through. It’s not like high school stuff anymore.

Do you have a favorite on set story?

Bissett: I don’t have a particular story, but what I love about these TV movies is that it is quick, grueling work because we shoot these in 14 days. When you see the films you can’t believe they can be done in that short amount of time, but we are working really, really hard, everybody. I look back at each movie that I do and mostly I just remember the crew and the family that you kind of create there in the short amount of time together.

You’ve done a few Lifetime movies now. How do they differ from other projects you’ve worked on?

Bissett: They differ in a way that you kind of know what to expect from Lifetime. They’re really great movies that I think a woman can sink her teeth into. They portray a lot of strength for women and they also have a lot of true stories, which I really love to do those.

What is your next project Operation Chromite about?

Bissett: Operation Chromite is a film about the Korean War and I was shooting that in Korea. I play General MacArthur’s wife, who is played by Liam Neeson. It was an incredible experience. I got to bring my daughter and tour around Korea for a bit, and of course work with Liam Neeson, which was amazing.

What is your favorite character you’ve ever played?

Bissett: There is a Lifetime movie that I did called Dare to Love, and it was a true story about a young girl — she’s still alive – who develops schizophrenia. If you are going to get it, schizophrenia usually develops when you are in your 20s and can be triggered by a tragic event. So in the movie, her brother died and it triggered her schizophrenia. So I got to play her, but I also got to go into psych wards and interview a couple of people with schizophrenia who live there with the doctors. It was very, very interesting.

Watch Bissett take on the role of Sonia in Pregnant at 17 airing at 8 p.m. on Lifetime.