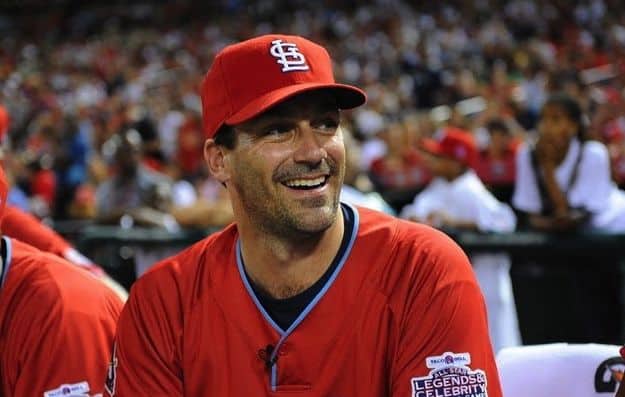 The 2013 ESPYS will be hosted by actor Jon Hamm, widely celebrated for his role as Don Draper on AMC’s award-winning series Mad Men.  The announcement was made during Hamm’s appearance this morning on LIVE with Kelly and Michael.  Hamm has earned numerous accolades for his performance on the series including a Golden Globe Award, Television Critics Association Award and a Critics’ Choice Television Award, as well as multiple Emmy and Screen Actors Guild nominations.  The 2013 ESPYS will be televised live Wednesday, July 17, at 9 p.m. ET on ESPN/ESPNHD from Nokia Theatre L.A. LIVE in Los Angeles.

Hamm will be joined by an all-star lineup of top athletes and entertainers to celebrate the best sports stories of the last year, leading fans through the year’s best plays, biggest upsets and most outstanding performances across all sports.  Originally from St. Louis, Missouri, Hamm considers himself a passionate sports fan and he fervently follows the St. Louis Cardinals and the St. Louis Blues, as well as the NFL.  Hamm played in the Taco Bell All-Star Legends & Celebrity Softball Games in 2009 (St. Louis) and in 2012 (Kansas City), where he played third base next to his childhood idol Ozzie Smith.

“The ESPYS is designed to showcase the year’s best sports moments in a sharp, fun and entertaining manner and Jon’s the perfect host for this year’s show.  His appearances on shows like 30 Rock and SNL show that humor and creativity are two of his main strengths,” said Maura Mandt, the show’s executive producer.  “The combination of Jon’s dry wit with his passion for sports will give fans a unique and original view of the year in sports.”

“I’m very excited to be hosting the ESPYS.  As a longtime sports fan and a marginally successful high school athlete I feel my skill-set jibes well with a host’s duties,” said Hamm.  “I now have to figure out what cleats to wear with a tuxedo.”

This summer, Hamm will film the baseball drama Million Dollar Arm (Walt Disney Pictures and Mayhem Pictures) about a disillusioned sports agent who seeks professional pitching talent through the staging of a reality show in India.  Last year, Hamm starred in and produced Friends with Kids for writer/director/star Jennifer Westfeldt.  His previous film credits include Bridesmaids with Kristen Wiig, Ben Affleck’s The Town, Zack Snyder’s fantasy thriller Sucker Punch, Howl with James Franco, and Shrek Forever After, in which he voiced the character Brogan.  On the television side, Hamm’s appearances on the comedy 30 Rock have earned him three Emmy nominations for Outstanding Guest Actor in a Comedy Series, and he has hosted Saturday Night Live three times to critical-acclaim.