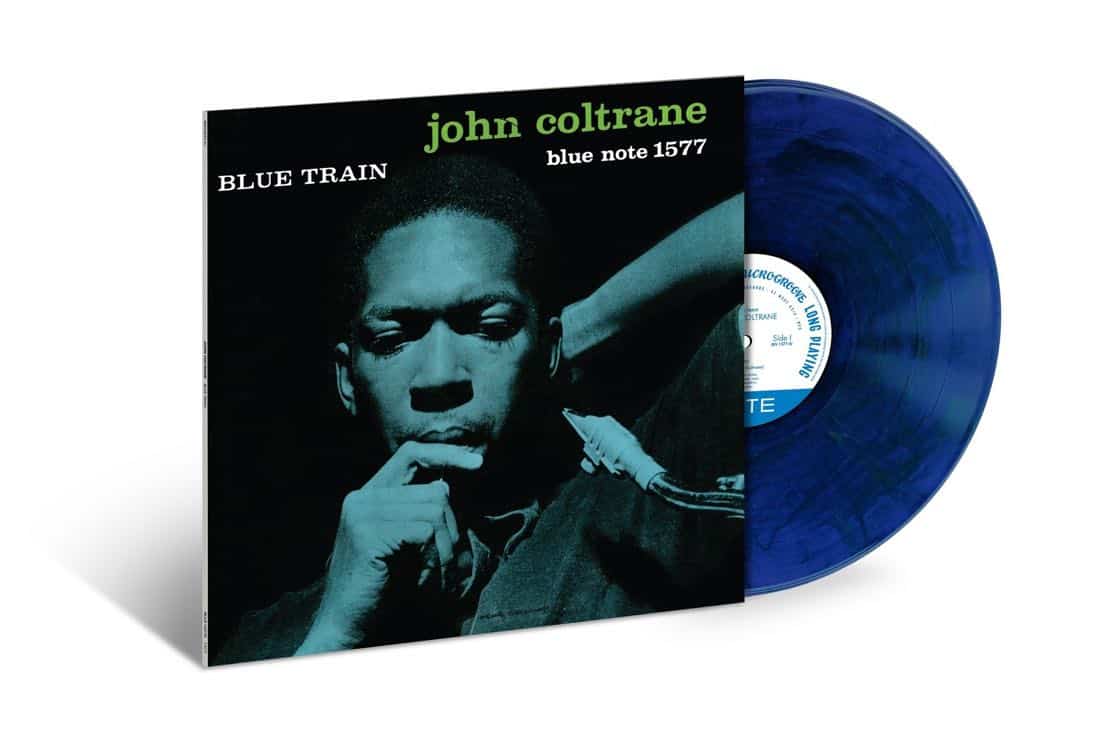 This Friday, March 9, the limited edition Blue Train color vinyl LP will be available for purchase on The Sound of Vinyl website: http://thesoundofvinyl.us

In 1957, while still discovering his own voice on the tenor saxophone in bands led by Miles Davis and Thelonious Monk, John Coltrane enlisted a band of peers to record a new album at Rudy Van Gelder’s Hackensack, NJ studio. With a new spirit rising, Coltrane was joined by trumpeter Lee Morgan, trombonist Curtis Fuller, pianist Kenny Drew, and the rhythm section from Davis’s classic ’50s quintet — bassist Paul Chambers and drummer Philly Joe Jones — to create Blue Train, a 40-minute-plus masterwork that stands as one of the greatest jazz records of all time. Released in December 1957, Blue Train was Coltrane’s second album as leader and his sole recording under his own name for Blue Note Records.

Coltrane went on to launch new rockets of interstellar music, including 1959’s groundbreaking Giant Steps, 1964’s sublime jazz prayer A Love Supreme, and 1966’s large ensemble expedition Ascension, which sparked the burgeoning free jazz movement. But it all started for Coltrane with Blue Train, a pioneering five-song, blues-steeped, post-bop outing that exhilarates with pockets of brawn and poetry, excursions of ferocity and finesse, stretches of blazing velocity and soulful tenderness. By all measures it began as an organic session with four spirited Trane originals and a gorgeous rendition of the Jerome Kern-Johnny Mercer ballad, “I’m Old Fashioned.” Graced by the incantations of inspired improvisation, Blue Train yielded a transcendence that few recordings achieve. Coltrane himself recognized the consummate character of Blue Train, referring to it later in his career as one of his favorite recordings.

About The Sound of Vinyl
The Sound of Vinyl (http://thesoundofvinyl.us) is a first-of-its-kind music service, providing a personalized and curated platform for discovering and buying vinyl records. Launched in the U.S. in October 2017, The Sound of Vinyl offers new and classic albums from a vast catalog of more than 20,000 titles from all major labels and dozens of indie labels, and is the exclusive retailer for a variety of special, limited edition vinyl releases for key titles spanning rock, jazz and classical to R&B, rap, and hip-hop. Previous Sound of Vinyl-exclusive releases include legendary titles by The Beach Boys, Marvin Gaye, Miles Davis, Interpol, and the Allman Brothers, among others.

In addition to a full-service online store, The Sound of Vinyl features exclusive editorial content and album suggestions from top music experts, and provides an innovative recommendation engine that suggests albums based on a user’s personal tastes. The Sound of Vinyl’s recommendation service uses cutting-edge technology to send personalized album picks by text message. When a user enters their mobile phone number and creates a taste profile, The Sound of Vinyl begins sending daily texts with album recommendations that feature album artwork, information and price. Users can reply LIKE or DISLIKE to improve future picks, or simply reply YES to instantly purchase an album, creating a seamless shopping experience.