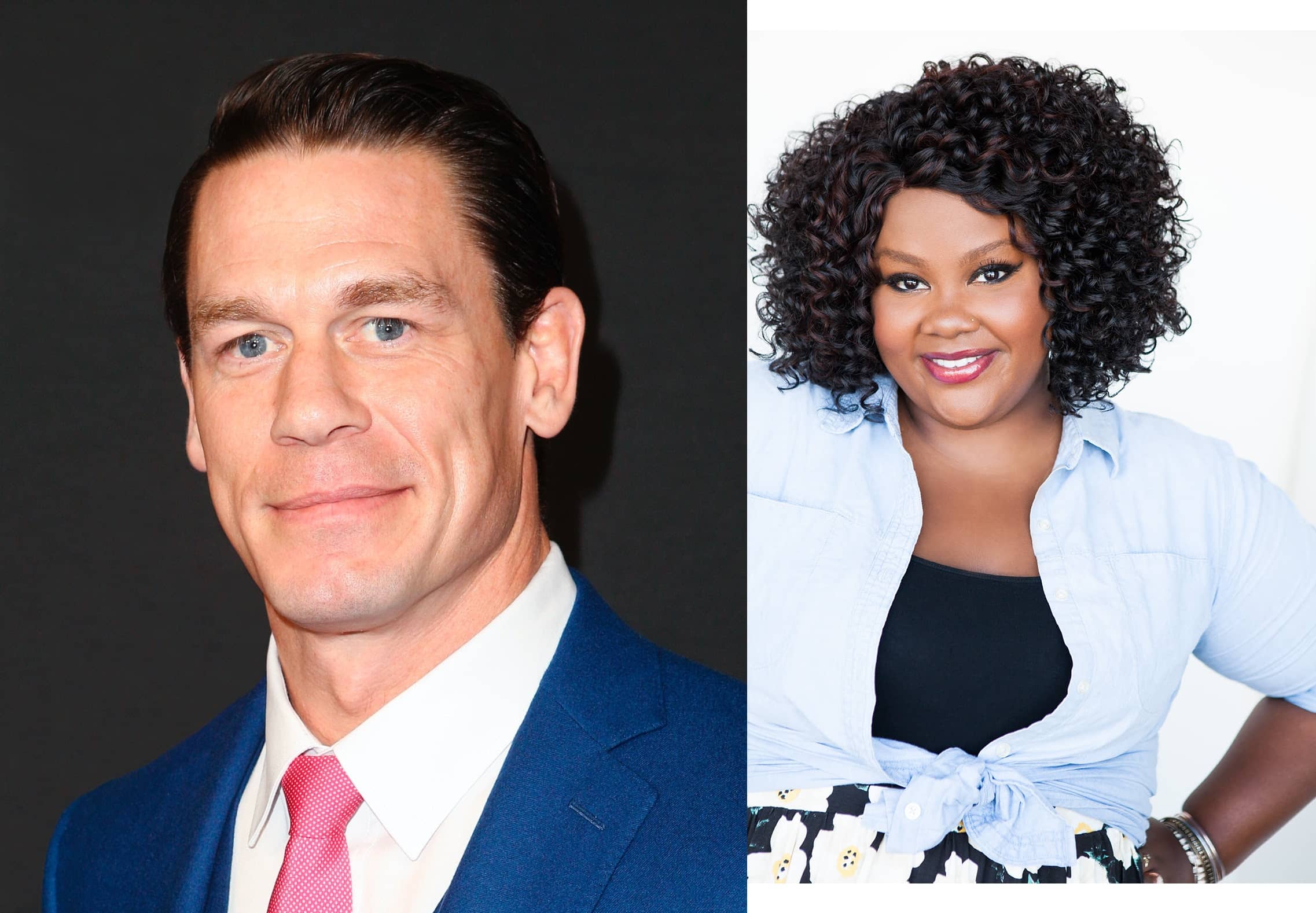 Multifaceted megastar John Cena (Fast & Furious 9, The Suicide Squad) and Emmy-nominated comedian and actress Nicole Byer (Nailed It!, Girl Code) have signed on to host TBS’ revival of the adrenalizing and outrageous physical competition series Wipeout. Cena and Byer will command the hysteria of the fan-favorite series by serving up commentary tailored to the all-around hilarity and thrill of the heart-pumping competition, with Camille Kostek (I Feel Pretty) complementing their presence by serving as the entrenched Host in the Field, covering the contestants’ progress throughout each intense round.

The re-imagined series will feature new twists and elements that will push contestants’ athleticism, approach, and determination to even greater extremes, all while delivering some wildly epic fails! Each game is three rounds with each round featuring a jaw-dropping, multi-stage obstacle course with numerous strategy and decision points designed to further challenge the stamina of the competitors and deliver even more hilarious and surprising wipeouts! And of course, the iconic staple of the show – the big balls! – are returning with a vengeance.

“I couldn’t be more excited for what’s in store for this radically absurd show that has its own fair share of legendary faceplants.” said John Cena. “The power of Wipeout is its ability to gather people of all backgrounds for fast paced, physical FUN! I look forward to seeing fan responses both new and existing. This’ll be a hosting experience unlike anything I’ve ever done! I can’t wait to get started in rooting for our contestants!”

“Now more than ever we need a ton of fun and laughs,” said Nicole Byer, “and there’s nothing funnier than people falling over giant red balls. Wipeout is truly insane, and I’m tickled to be a part of this beloved show’s comeback.”

“We couldn’t be more excited to have John, Nicole and Camille take charge of this outrageously unpredictable, family-friendly competition series, said Matt Kunitz, Creator/Showrunner/Executive Producer of Wipeout. “Having a sports titan and movie star next to an Emmy-nominated comedy star, alongside a seasoned co-host, they’ll complement one another with their own fantastic qualities and humor while livening the already extreme setting of Wipeout.”

“Wipeout has always delivered a great deal of light and laughter in dark times – whether that was in 2008 when it first premiered in the midst of a massive recession or now again, in 2020,” said Corie Henson, EVP, Head of Unscripted for TNT, TBS and truTV. “This is one show that brings people together – regardless of age, race or politics. With megastar John Cena and hilarious Emmy nominee Nicole Byer, and with the help of rising star, Camille Kostek, as our host in the field, Wipeout is going to be bigger, badder and ballsier than ever before.”

Best known as the face of the WWE for more than a decade, John Cena is an actor, producer, entrepreneur, author, and philanthropist. After a hilarious turn in the film
Trainwreck, a leading role in the outrageous comedy Blockers, as well as upcoming appearances in Fast & Furious 9 and The Suicide Squad franchise, he has quickly become one of Hollywood’s funniest actors.

Actress, comedian, writer and podcaster Nicole Byer is one of the most versatile voices in comedy. She hosts the Emmy-nominated reality competition baking series Nailed It!, recently making history by becoming the first black woman ever to be nominated in the category of “Outstanding Host for A Reality or Competition Program.”

Actress, model and host Camille Kostek has been featured in a number of high-profile modeling campaigns, including the sought-after cover of Sports Illustrated Swimsuit Issue from 2019. Kostek has performed the duties of host/co-anchor on a number of network programs and radio stations, and most recently made her film debut in the comedy I Feel Pretty. She can be seen in the upcoming film Free Guy.

For consideration to be a contestant on Wipeout, Southern California residents may apply online: www.wipeoutcasting.com

About TBS
TBS, a WarnerMedia brand, is a top-rated destination for television among young adults and known for escapist, lean-back entertainment, featuring smart, imaginative stories with heart and comedic edge. From scripted comedy series to late-night shows, game shows, and animated programming, TBS’ Originals slate is comprised of some of the most popular shows on cable — Miracle Workers, CONAN, Full Frontal with Samantha Bee, The Last O.G. and American Dad! as well as the upcoming comedy Chad. The network’s slate of premium unscripted series includes the popular game show The Misery Index, reality series The Lost Resort, and the forthcoming revival of the beloved competition series Wipeout. TBS’ lineup also includes comedy hits like Family Guy and The Big Bang Theory, classic sitcom favorites Friends and Seinfeld, blockbuster movies, and live event coverage of Major League Baseball, the NCAA Division I Men’s Basketball Championship and ELEAGUE, WarnerMedia’s eSports gaming competition. Viewers can watch shows on the TBS app, available for iOS, Android, Xbox One and other platforms and devices. Website: www.tbs.com

In July 2020, Endemol Shine Group was acquired by Banijay, creating the world’s largest international content producer and distributor spanning 22 territories with over 120 production companies and a multi-genre catalogue boasting over 88,000 hours of original standout programming.