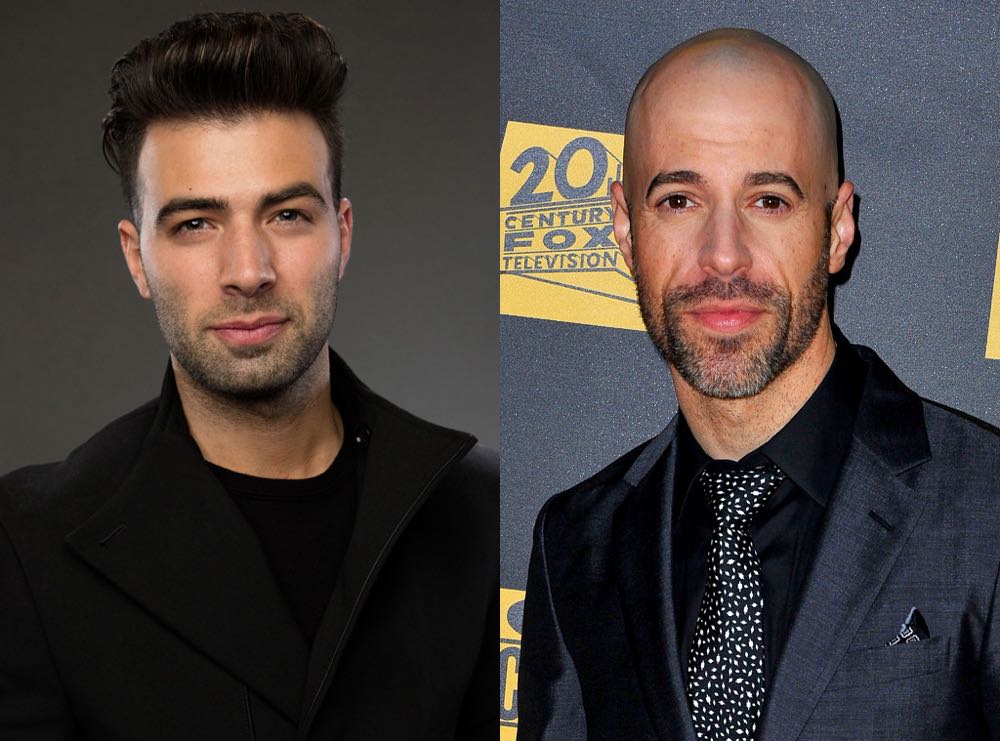 Singer/songwriter and actor Jencarlos Canela has been cast in the role of Jesus Christ in THE PASSION, a two-hour epic musical event airing LIVE from New Orleans on Palm Sunday, March 20 (8:00-10:00 PM ET live/PT tape-delayed) on FOX. Also, singer and actor Chris Daughtry has been tapped to play the disciple Judas. Canela and Daughtry join previously announced host and narrator Tyler Perry and cast members Prince Royce (the disciple Peter) and Trisha Yearwood (Mary, the mother of Jesus).

THE PASSION, written by Peter Barsocchini (“High School Musical”), tells the 2000-year-old story of the last hours of Jesus Christ’s life on earth through passages from the Bible and a variety of popular music, sung by the cast, and arranged specifically for this event by executive producer and hit music producer Adam Anders (“Glee,” “Rock of Ages”). Set in modern day, the event will follow the dramatic and inspirational story of Jesus of Nazareth, as he presides over the Last Supper, and then is betrayed by Judas, put on trial by Pontius Pilate, convicted, crucified and resurrected.

The event will unfold live at some of New Orleans’ most iconic locations, while featuring a procession of hundreds of people carrying a 20-foot, illuminated cross from outside the Superdome to the live stage at Woldenberg Park on the banks of the Mississippi River.

Born and raised in Miami, Jencarlos Canela has starred in multiple TV productions, collaborated with some of the most prestigious musical talents of his time and performed over 200 concerts worldwide. Canela debuted as a theater actor and singer in the 2008 stage musical “Miami Libre” at the Arsht Center for the Performing Arts. His first TV role was in the soap opera “Pecados Ajenos” and soon after, he joined the panel of judges for the popular reality show “Nuestra Belleza Latina.” Canela currently stars in the new comedy series “Telenovela.” On the music front, Canela has collaborated with the likes of Grammy Award-winning songwriter Emilio Estefan, Latin Grammy Award-winning producer Rudy Perez and performing artist Pitbull, among others. His 2009 debut album, “Buscame,” entered the Latin album charts at No. 1 and was certified Gold within weeks of its release. In 2013, Canela was signed as an exclusive artist by Universal Music Records and he released his third and most recent album, “JEN,” in 2014. He is currently in the studio working on his English album debut for Republic Records.

Chris Daughtry is best known as a multi-Platinum artist who emerged from Season Five of AMERICAN IDOL, on which he placed fourth. His eponymously named band has sold more than eight million albums and 16 million singles worldwide, and has been selling out concert venues around the world for almost 10 years. The band has won four American Music Awards, three People’s Choice Awards and has been nominated for four Grammy Awards. At radio, the band has earned four No. 1 singles, including the multi-format No. 1 one song “It’s Not Over.” Daughtry also is an actor, comic book artist and philanthropist. He has appeared in “CSI: NY,” “Riggle’s Picks” and skits for Funny or Die. Alongside DC Comics co-publisher Jim Lee, Daughtry has been commissioned to pencil the variant cover for “Batman” #50, as part of the promotion for the upcoming release of “Batman v Superman: Dawn of Justice.” His prolific philanthropic pursuits raise tens of thousands of dollars annually for the likes of the USO, Make a Wish Foundation, Alzheimer’s Association, Musicians on Call and Save The Music Foundation.