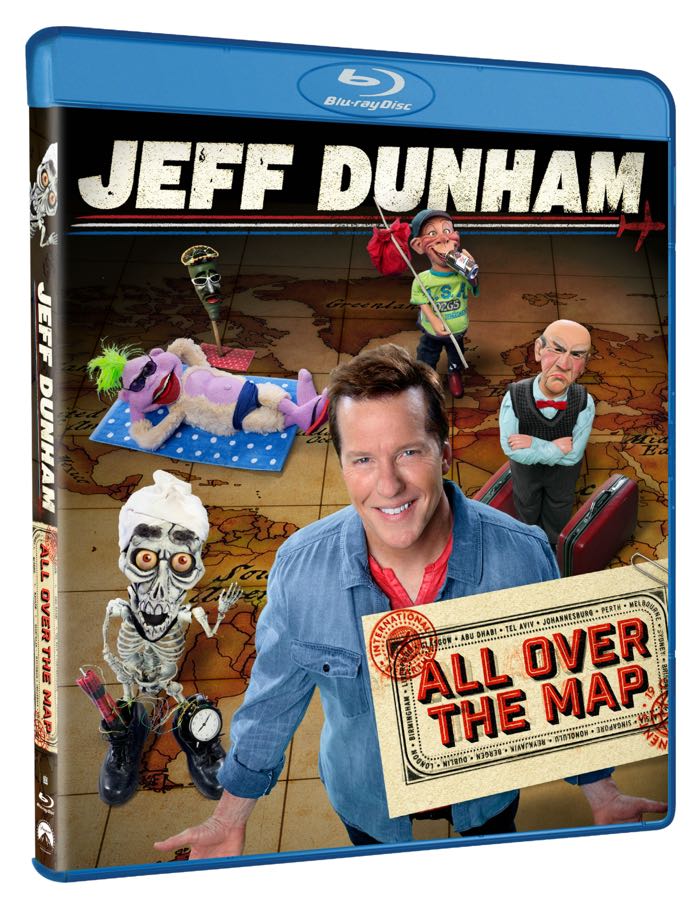 Seat42f and Paramount Home Entertainment have teamed up to give TWO lucky winners a copy of JEFF DUNHAM ALL OVER THE MAP on Blu-ray. For a chance to win leave a comment below telling us why you want to add JEFF DUNHAM ALL OVER THE MAP to your Blu-ray collection. Only one entry per person. Contest ends December 2nd. Winners will be notified on December 3rd via email so make sure to use a valid email address when you post your comment.

Filmed in front of live audiences across the globe, Jeff Dunham’s All Over The Map takes Jeff and his popular characters to new locations with the hilarious comedy his fans know and love.