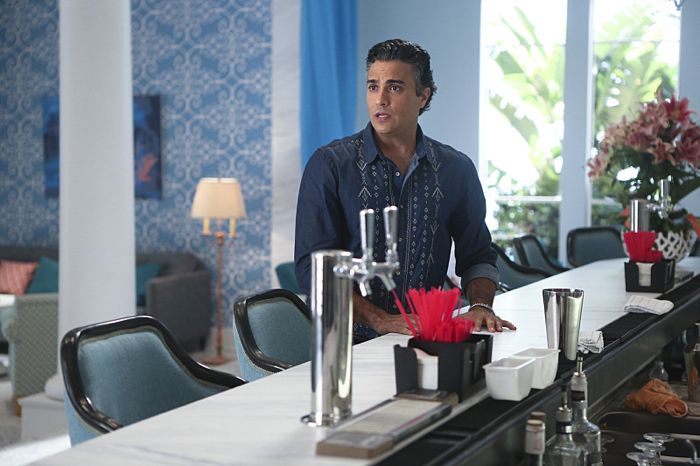 Jaime Camil, the popular star of the hit CW comedy JANE THE VIRGIN, is set to bring his trademark charm to the Television Critics Association (TCA) Awards, serving as emcee for the 32nd Annual event, which takes place on Saturday, August 6, at the Beverly Hilton Hotel.

Camil will kick off the evening with an entertaining and original opening monologue, before handing things over to the critics, who will announce the night’s big winners. As an added bonus, the exclusive event will include a cameo by beloved telenovela superstar Rogelio De La Vega, who will be on-hand to fill-in for Camil whenever the host needs to take a quick break. Awards will be presented in a wide variety of categories and genres, such as news and information; youth; drama; reality; and comedy, as North America’s top TV critics gather to celebrate outstanding television programs of the 2015-2016 season.

Jaime Camil is a Critics’ Choice, Imagen, and Teen Choice Award nominee and has won countless global film and theater awards throughout his 20-year plus career. Camil began his career as a singer performing alongside Cuban icons Amaury Gutierrez and Pancho Cespedes before going on to star in the mega hit telenovela LA FEA MÁS BELLA in his native Mexico. He has starred in a multitude of award-winning films including Pulling Strings, 200 Cartas (alongside Lin-Manuel Miranda), and 7 Dias – which earned him the “Best Supporting Actor” honors from the Premios ACE and the Mexican Cinema Journalists respectively. Camil’s career continued to skyrocket following star turns in the gender-bending comedy POR ELLA SOY EVA and the fish-out-of-water romp QUE POBRES TAN RICOS. He has recorded four platinum selling albums and has led many musicals in his native Mexico City including West Side Story, Hook, Aladdin, El diluvio que viene and more. In 2005 he led the Broadway-bound musical The Mambo Kings. He currently stars on the hit CW sitcom JANE THE VIRGIN, where he has quickly become a fan-favorite, and on Broadway starring as “Billy Flynn” in America’s longest running hit musical CHICAGO.

Rogelio De La Vega shot to fame in 2013, capturing hearts across the country in his smoldering portrayal of Santos, the president of the fictional country of North Ecuaduras, who braves the high seas, battles villainous pirates, and woos the beautiful Blanca in the hit Telemasivo Studios telenovela THE PASSIONS OF SANTOS. The series was the longest-running telenovela in the studio’s history, having amassed over 175 episodes—thanks, in large part, to De La Vega’s undeniable charisma and brilliant acting. De La Vega’s performance was widely acclaimed by critics and viewers, alike, earning him the honor of Best Actor at the prestigious Paloma Awards in 2014, as well as a legion of devoted 6.3 million Twitter followers. In addition to THE PASSIONS OF SANTOS, De La Vega has appeared in the sci-fi space opera PASIÓN INTERGALACTICA, and currently can be seen in the lead role on the new time-travel drama TIAGO A TRAVÉS DEL TIEMPO.

“With his natural charm and quick wit, Jaime Camil has quickly become one of the most likeable personalities on television,” said TCA President Amber Dowling. “Camil, along with his beloved alter ego Rogelio De La Vega, are the perfect complement to add some sizzle to this special evening. The Television Critics Association is truly honored to have him onboard, as we come together to celebrate 32 years of the TCA Awards.”

The TCA nominates and votes on awards as an organization, and the process is not open to solicitation or submissions. In all, 12 awards will be presented for programming that has made an impact this past TV season. The TCA also bestows a Heritage Award trophy to one long-standing program that has culturally or socially influenced society, and a Career Achievement Award to an individual who has inspired his/her work in television.