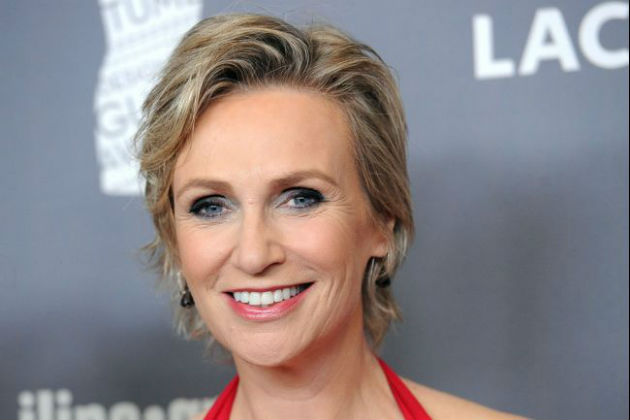 “As a people myself, I’m thrilled to take on hosting duties of the only awards show that celebrates the choice of the people!” said Lynch.

Lynch is a four-time People’s Choice Award nominee and won for Favorite TV Comedy Actress in 2011.

The final nominees across 65 categories for PEOPLE’S CHOICE AWARDS 2016 will be announced at the annual Nominations Announcement Press Conference on Tuesday, Nov. 3, 2015 at the Paley Center for Media in Beverly Hills.

Tickets to the awards show are now available for fans to purchase through AXS.com.

ANGEL FROM HELL is a new comedy about Amy (Lynch), a colorful, brassy woman who insinuates herself into the life of an organized and seemingly perfect young woman, Allison (Maggie Lawson), claiming to be her “guardian angel.”

Lynch cut her theatrical teeth with the Second City comedy troupe at the Steppenwolf Theatre and in many church basements all over the greater Chicago area.

On television, Lynch starred as Sue Sylvester in the series “Glee,” a role for which she won both an Emmy Award and a Golden Globe Award.  Also, she is an Emmy Award winner for her role as host of “Hollywood Game Night.”  Her additional memorable television roles include “Party Down,” “The L Word,” “Desperate Housewives,” and, on the Network, “The New Adventures of Old Christine,” for which she was nominated for an Emmy for Outstanding Guest Actress in a Comedy Series, CRIMINAL MINDS and “Two and a Half Men.” Lynch also served as host of “The 63rd Annual Primetime Emmy Awards.”

On stage, Lynch portrayed Miss Hannigan in a limited Broadway run of “Annie” at the Leonard H. Goldenson Theater.

In 2013, Lynch was honored with a star on the Hollywood Walk of Fame in the television category.  In 2014, she joined the Ban Bossy campaign as a spokesperson advocating leadership roles for girls.  She was named one of the Power Up organization’s “10 Amazing Gay Women in Showbiz.”

FOX Picks Up Full Season Of New Comedy THE GRINDER