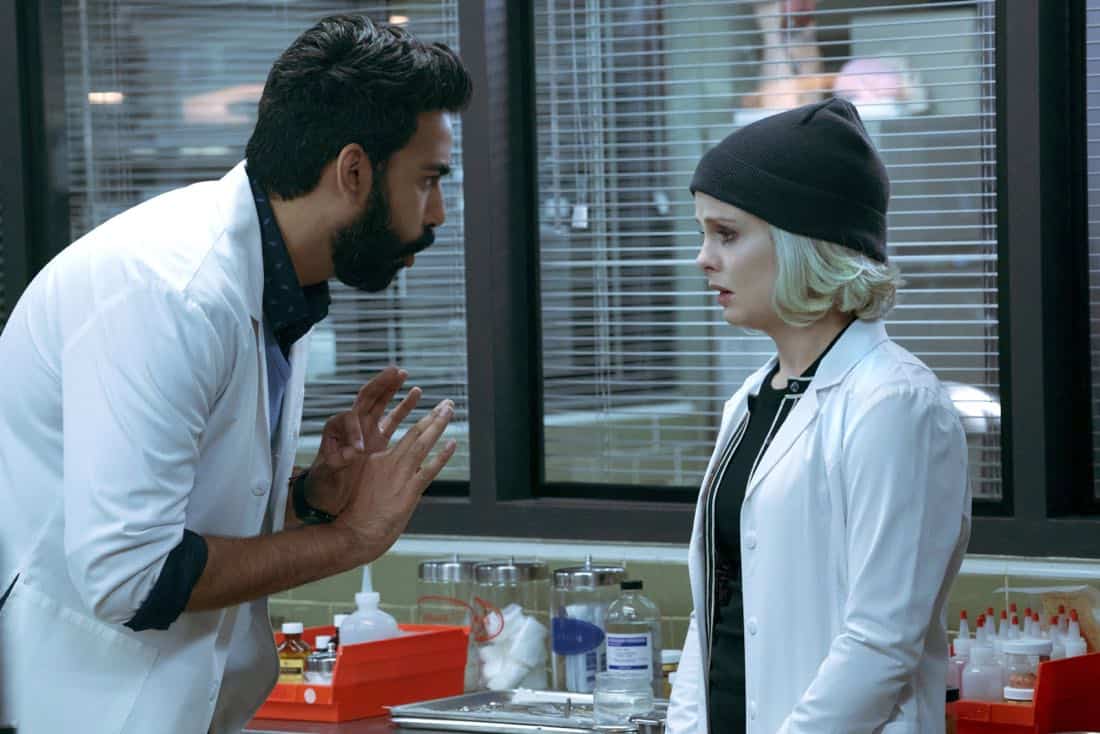 THE STRUGGLE IS REAL — It’s a real-life game of clue for Liv (Rose McIver) after she eats the brains of a despicable dowager and must determine which one of her disgruntled servants killed her. Clive (Malcolm Goodwin) and Bozzio (guest star Jessica Harmon, “The 100”) are struggling to maintain a healthy relationship. Meanwhile, circumstances place Major (Robert Buckley) and Liv in opposition to one another. Rahul Kohli, David Anders, Aly Michalka and Robert Knepper also star. Michael Fields directed the episode written by Dean Lorey (#402). Original airdate 3/5/2018. IZOMBIE Season 4 Episode 2 Photos Blue Bloody