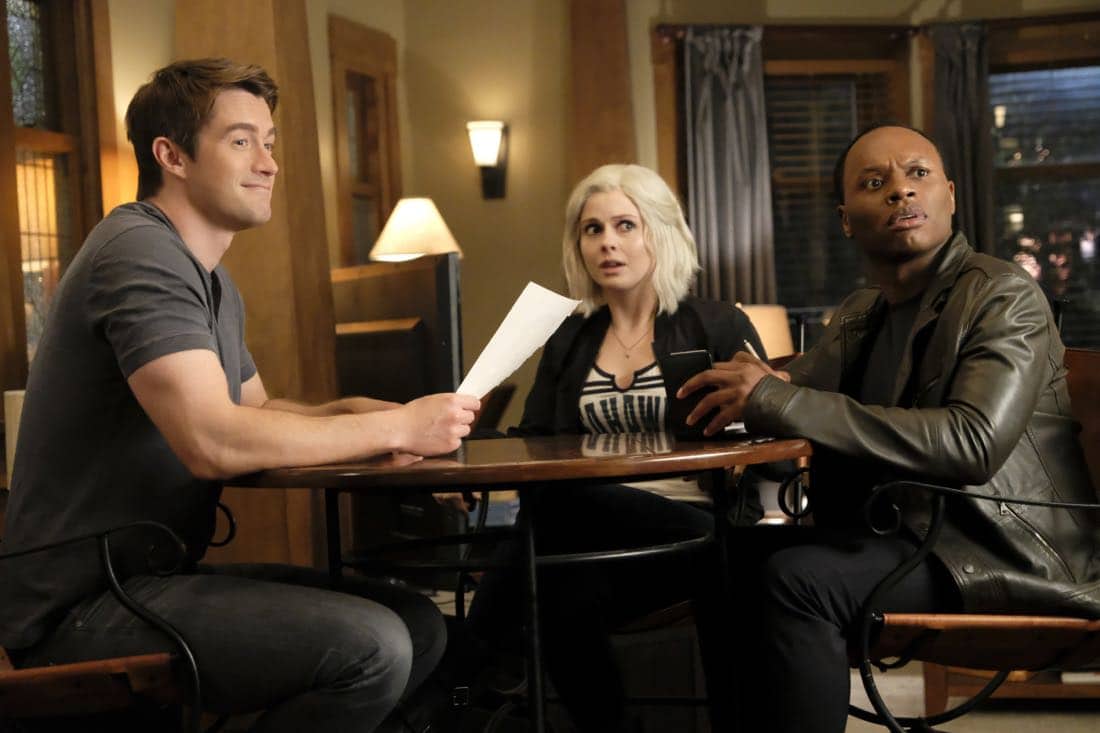 YOUR FAVORITE ZOM-COM-ROM-DRAM IS BACK FOR SEASON 4! — While investigating the murder of a Seattle Seahawk superfan, Liv (Rose McIver) has a surprising vision. Meanwhile, Major (Robert Buckley) is assigned the task of mentoring young, homeless zombies, and Ravi (Rahul Kohli) is still carrying a torch for Peyton (Aly Michalka). Lastly, Blaine (David Anders) is dealing with a threat looming from his past. Robert Knepper also stars. Dan Etheridge directed the episode written by Rob Thomas (#401). Original airdate 2/26/2018. IZOMBIE Season 4 Episode 1 Photos Are You Ready For Some Zombies?

IZOMBIE Season 4 Episode 1 Photos Are You Ready For Some Zombies?