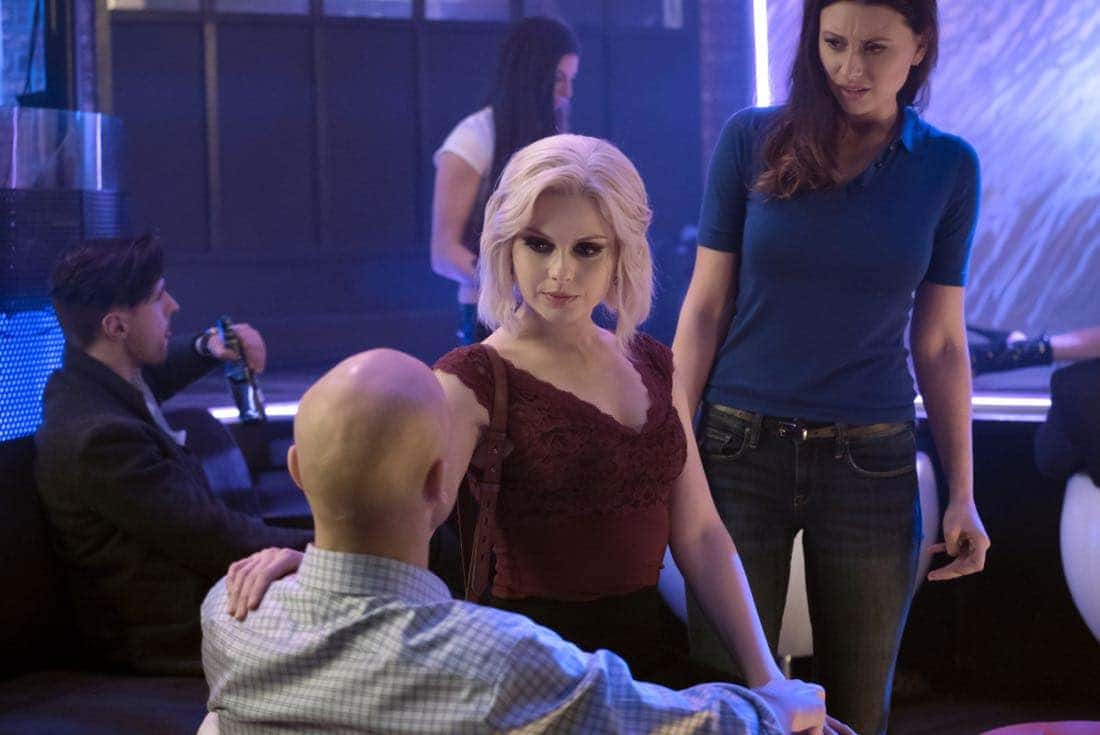 With a potential zombie apocalypse looming and the revelation that there is an all-zombie military organization ready to take over when it happens, life for Liv Moore and her “Scooby Gang” of friends is about to get a lot more complicated in Season 3 of IZOMBIE.  In press interviews from the set, co-stars Rose McIver and Aly Michalka reveal what is of paramount importance for Liv and Peyton in Season 3:

– the expanding Team Zombie as Clive, Peyton, Ravi, Major, and Blaine are all finally on the same page
– the death of Liv’s boyfriend Drake (Greg Finley) pushes Liv to protect Team Zombie at all costs
– Liv’s position on the debate on whether if rest of world found out about zombies if that would be good or bad
– what’s the new Liv and Clive working relationship morph into now that Clive knows where those visions come from
– the role Philmore Graves has to play and if Liv and Vivian are going to be working together
– what is Liv and Major’s relationship in Season 3
– Season 3 special guest-star Jason Dohring
– new brains coming up: father/daughter, dominatrix, Dungeons & Dragons, “hot mess”
– Blaine’s new role after his memory-wipe