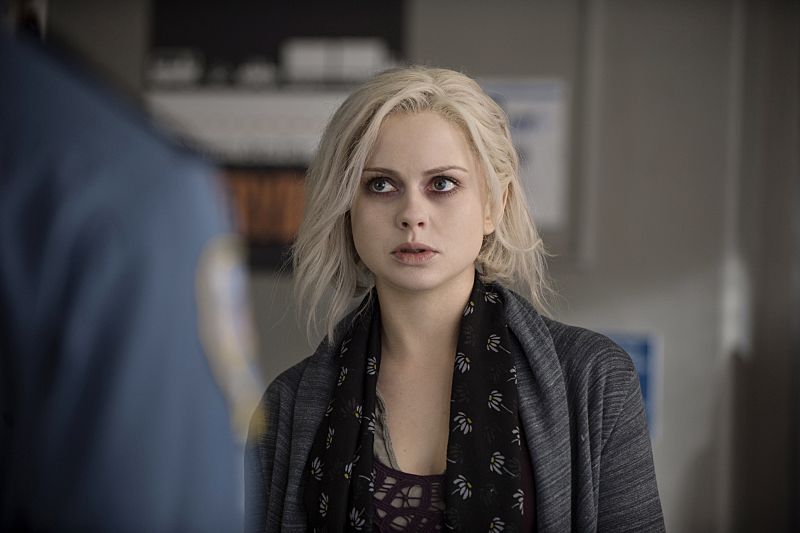 In this case, the hero of the show is Olivia Moore (Rose McIver), also known as Liv to her friends, a medical student turned morgue assistant.  One day, Liv is just another girl looking for a nice night out with friends on a boat, only to find that by the end of the night that she is the last one alive.  That party was a life-changing event, and not necessarily the kind of change for the better.  Liv was a girl on the right track with her career with a wonderful fiancé Major Lilywhite (Robert Buckley) and now she’s derailed her promising medical career to take a job as a mortician and ditched her fiancé to live her life alone.  What is the girl thinking?!

Well, when you wake up from a nasty hangover with a vicious scratch that turns you into a zombie, there has to be some profound and immediate changes.  For one, maybe breaking up with your boyfriend is the wisest course of action so you do not inadvertently infect him.  Being a medical student, containment is priority number one.  Even if it means breaking your own heart in the process — and leaving a bewildered fiancé behind.  It is in his best interest after all.  Plus, he is just not going to understand when you tell him that you are now one of the “undead.”  He might just want to have you locked up for safe-keeping.

So Liv does what she believes to be in the best interest for everyone: breaks up with Major and gets a job where folks are already dead.  Working in the morgue is actually a win-win for her.  She also discovered that she not only craves human brains all the time, but she needs to consume brains in order to keep up appearances.  A girl cannot just go about town looking pasty-white and not have folks commenting on it.  Plus, what happens if your face starts to fall apart?  So brains are an unfortunate necessity and the only steady supply of available brains is at the morgue.  So the job change is a “win.”

But what about the day your boss walks in while you are having brains for dinner?  What then?  Interestingly, it is not quite the reaction you would expect and life takes yet another unexpected turn for Liv.  Not only is her boss pro-zombie and loves her just the way she is, she finds herself being lent out as a police consultant as a psychic.  Yeah, well, the psychic thing is not exactly what Liv is, but it works as a good enough cover in explaining how she has special insight into the lives and deaths of the bodies that come into the morgue.  So before Liv can blink, she is now working in police investigations and tracking down criminals — all as part of her official medical examiner duties.

Liv may not get to live a normal life anymore, but she suddenly has a bigger purpose in her life than just trying to pass as human.  The real fun comes when Liv realizes that she cannot only see bits of memories from the brains that she consumes, but she is also a pretty badass crime-fighter.  Criminals really should think twice about confronting Liv in a dark alley — she just might get hungry.

So with a light touch into the world of zombie crime-fighting, the CW series iZOMBIE is a hilarious and yet fun tale of one girl’s life as a zombie and how she finds a way to use it to take down the bad guys.  Coming from creator/executive producers Rob Thomas and Diane Ruggerio (who also teamed-up on the fan-favorite TV series VERONICA MARS), iZOMBIE is a clever and wonderful tale of a girl doing the best she can with crazy hand that life has dealt her.

To meet Liv and see how she goes from zombie-victim to zombie-crime fighter, be sure to tune in for the premiere of iZOMBIE on Tuesday, March 17th at 9:00 p.m. on the CW.

Get to know the cast of iZOMBIE in these video interviews from San Diego Comic-Con.