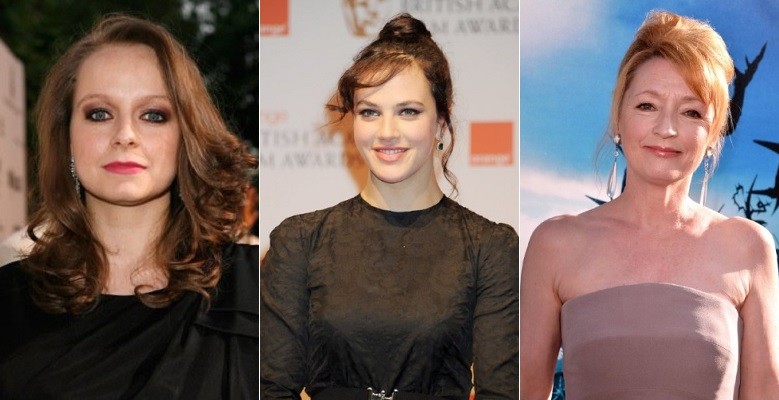 ITV and Hulu announced a straight-to-series order for the drama series, Harlots. The ongoing, eight-part series will air on ITV Encore in the UK and stream exclusively in the US on Hulu as part of the Hulu Originals slate. Acclaimed actresses Samantha Morton (upcoming Fantastic Beasts, Rillington Place, The Last Panther, Minority Report, Cider with Rosie), Lesley Manville (Mum, River, Maleficent) and Jessica Brown Findlay (Victor Frankenstein, The Outcast, Downton Abbey) are set to star in the series, which will be produced by Monumental Pictures.

Set against the backdrop of 18th century Georgian London, Harlots is a powerful family drama offering a brand new take on the city’s most valuable commercial activity – sex. Based on the stories of real women, the series follows Margaret Wells (Morton) and her daughters, as she struggles to reconcile her roles as mother and brothel owner. When her business comes under attack from Lydia Quigley (Manville), a rival madam with a ruthless streak, Margaret will fight back, even if it means putting her family at risk. Brown Findlay will star as Charlotte, Margaret’s eldest daughter and the city’s most coveted courtesan who begins to grapple with her position in both society and her immediate family.

The series will begin filming in London in June 2016 and will be directed by Coky Giedroyc (What Remains, Penny Dreadful) and China Moo-Young (Thirteen, Humans). Lawrence Till (Mr Selfridge, Shameless) will serve as producer of the series, and Alison Owen and Debra Hayward serve as executive producers alongside Alison Carpenter, Moira Buffini and Alison Newman.

The deal was negotiated by ITV Studios Global Entertainment, who will distribute the drama internationally.

“In 1760s London there were brothels on every corner run by women who were both enterprising and tenacious. History has largely ignored them, but their stories are in turn outrageous, brutal, humorous and real.”

“Moira and Alison’s writing doesn’t pull any punches when it comes to sex and violence, but it’s the juxtaposition of these things and the domesticity of the ‘houses’ that makes Harlots so compelling.”

Harlots has been commissioned for ITV by Controller of Drama Victoria Fea, who said:

“Harlots is an exploration of family, power and brutal economics in a vibrant booming world full of colour and noise. We’re delighted to be commissioning the series for ITV Encore. Moira and Alison’s scripts are shocking, fascinating and compelling.”

“Written and produced by an award-winning creative team with an all-star cast, Harlots offers a unique perspective of life on the streets of 1760s London with fast-moving and action-packed storylines and strong lead characters. This is a world class drama which is sure to appeal to audiences across the globe as strongly as it will to ITV Encore and Hulu’s viewers in the UK and US.”

Hulu is a premium streaming TV destination that offers hundreds of thousands of hours of the best of television programming, original series and movies to subscribers with limited commercials for $7.99 per month or with no commercials for $11.99 per month. Since its launch in 2008, Hulu has been at the forefront of entertainment and technology and continues to redefine TV by connecting viewers with the stories they love.