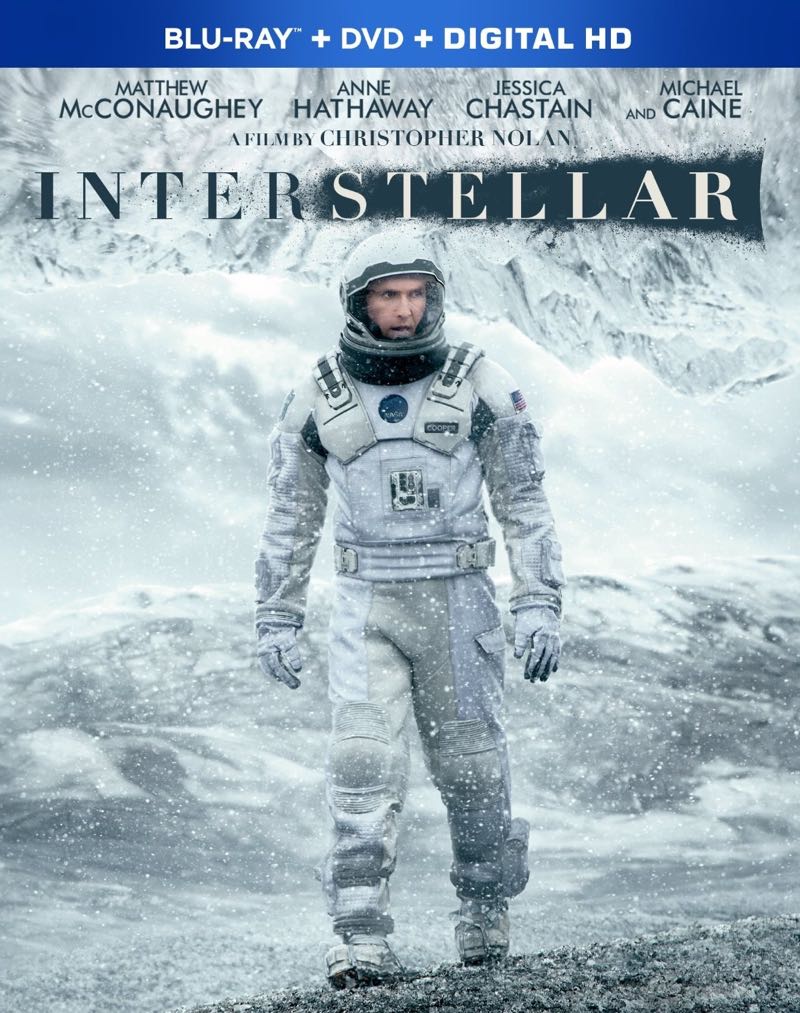 Seat42f and Paramount Home Entertainment have teamed up to give THREE lucky winners a copy of INTERSTELLAR on Blu-ray/DVD Combo Pack. For a chance to win leave a comment below telling us why you want to add INTERSTELLAR to your movie collection. Only one entry per person. Contest ends April 14th. Winners will be notified on April 15th via email so make sure to use a valid email address when you post your comment.

A breathtaking filmmaking achievement, INTERSTELLAR has been named one of the Top Ten movies of the year by Rolling Stone, Esquire, the New York Post and more, and has received five Academy Award® nominations including Best Visual Effects, Best Production Design, Best Sound Mixing, Best Sound Editing and Best Original Score.  Academy Award-winner Matthew McConaughey stars as ex-pilot-turned-farmer Cooper, who must leave his family and a foundering Earth behind to lead an expedition traveling beyond this galaxy to discover whether mankind has a future among the stars.  The film also stars Academy Award-winners Anne Hathaway2 and Michael Caine3 and Academy Award-nominees Jessica Chastain4 and John Lithgow5.

INTERSTELLAR will be available in a three-disc Blu-ray Combo Pack with UltraViolet™ and three hours of in-depth, behind-the-scenes bonus content detailing the epic shoot, the scientific realities explored in the film, a look at creating the stunning visuals, plus an extended cut of “The Science of Interstellar” broadcast special and much more.  For a limited time, the Blu-ray Combo Pack will also include an authentic, collectible Interstellar film cell from an original 70MM IMAX print of the film.

Make sure to check out

The INTERSTELLAR Bite Size Science microsite for the Digital, Blu-ray and DVD release.  The site lets users delve into the real science that was included in the film.

INTERSTELLAR Text Adventure game : The game explores the adventures of one of the twelve Lazarus Mission astronauts sent through the wormhole..

You are one of the twelve Lazarus Mission astronauts sent through the wormhole ten years prior to the events of INTERSTELLAR. The INTERSTELLAR Text Adventure game, written by executive producer Jordan Goldberg, explores your fate on your mission to find another habitable planet.