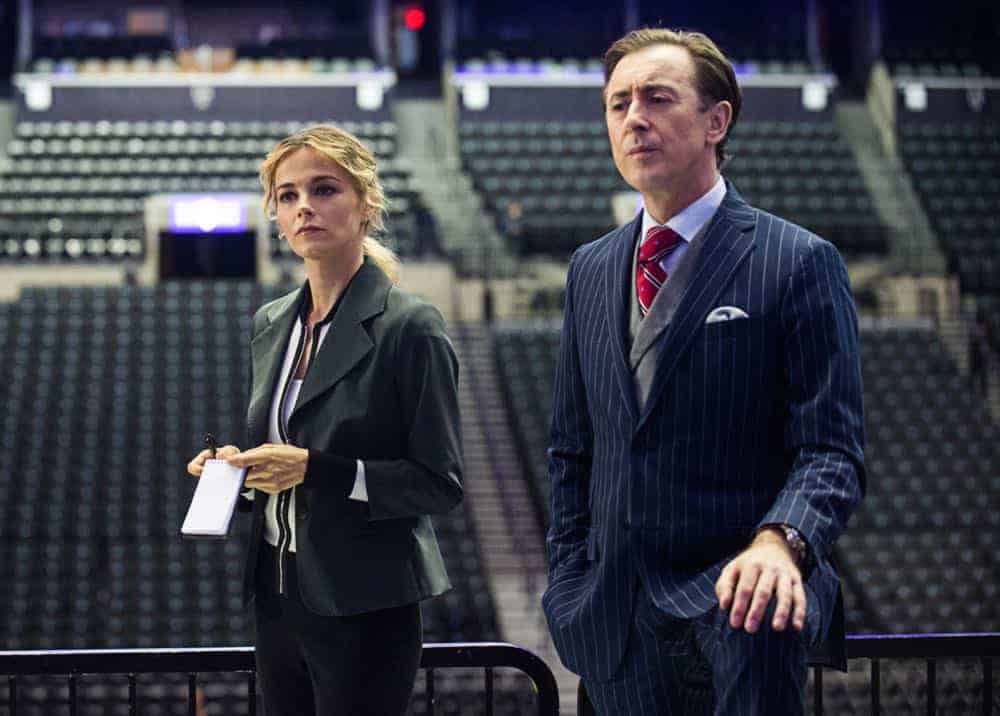 Instinct “Owned” – Dylan and Lizzie are under pressure to deliver results when they investigate the death of Jasmine’s friend, the owner of a professional basketball team who died when her car went off a bridge, on INSTINCT, Sunday, May 6 (8:00-9:00 PM, ET/PT) on the CBS Television Network. INSTINCT Season 1 Episode 7 Photos Owned.