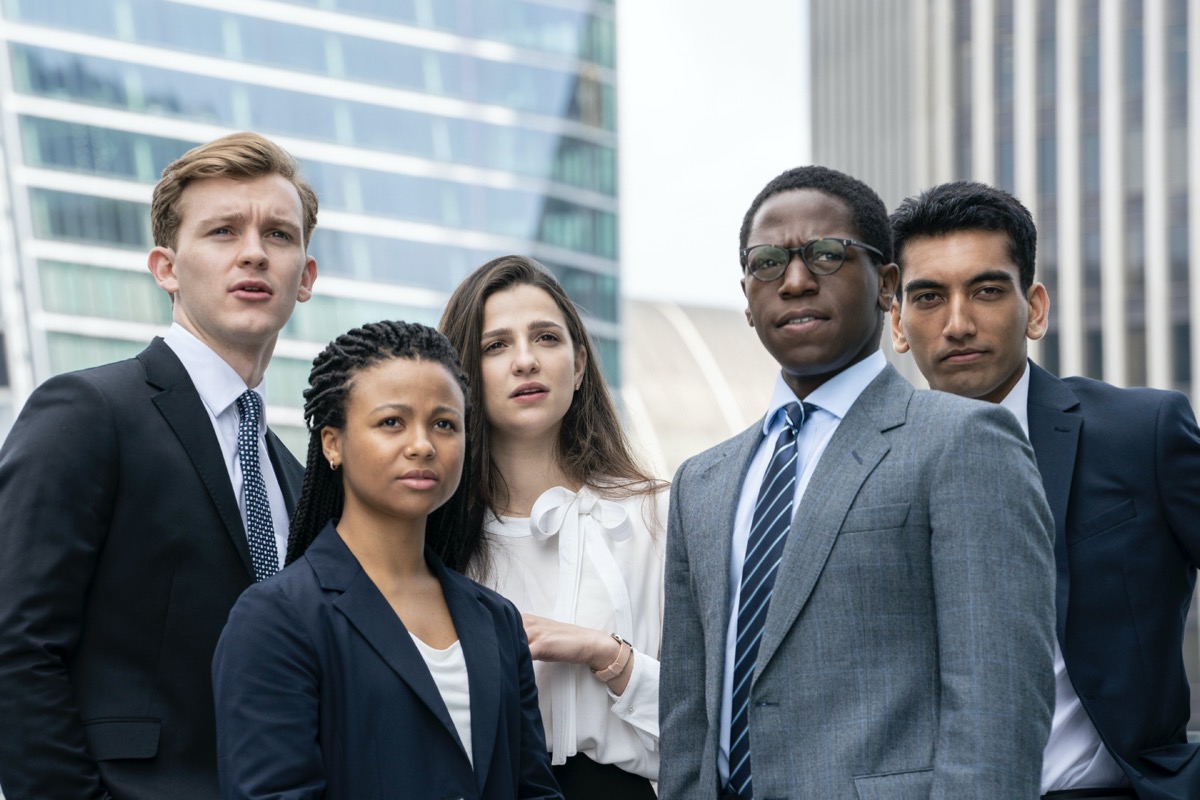 Written by Mickey Down and Konrad Kay; Directed by Lena Dunham.

From first-time creators Mickey Down and Konrad Kay, HBO’s new eight-episode drama series INDUSTRY debuts MONDAY, NOVEMBER 9 (10:00-11:00 p.m. ET/PT) and follows a group of young graduates competing for a limited number of permanent positions at a leading international bank in London. The series will air on HBO and be available to stream on HBO Max.

Starring Myha’la Herrold (“The Tattooed Heart”), Marisa Abela (“Cobra”), Harry Lawtey (“City of Tiny Lights”), David Jonsson (“Deep State”) and Nabhaan Rizwan (“Mogul Mowgli”) as “The Graduates” and Conor MacNeill (“Artemis Fowl”), Freya Mavor (“Skins”), Will Tudor (HBO’s “Game of Thrones”) and Ken Leung (HBO’s “High Maintenance”) as “Management,” INDUSTRY gives an insider’s view of the blackbox of “high finance” through the eyes of an outsider, Harper Stern (Myha’la Herrold), a talented young woman from upstate New York. Through the eyes of these young grads fueled by ambition, romance and drugs, INDUSTRY examines issues of gender, race and class in the workplace as the impressionable new employees begin to forge an identity within the pressure cooker environment of Pierpoint & Co.’s trading floor. They were promised meritocracy, but hierarchy is king.

Having come to London from New York to join the prestigious Pierpoint & Co., Harper will stop at nothing to prove herself the best hire in her graduate class. Harper’s drive intensifies as she finds herself surrounded by people born into privilege, like Yasmin (Marisa Abela) who, despite her background, faces her own challenges. Yasmin has had different expectations placed on her since childhood and is tired of being underestimated professionally. At Pierpoint, Harper and Yasmin need to prove their worth as professionals amongst their fellow grads. One of their peers is Robert (Harry Lawtey), who joins the bank from a working-class background, believing it a true meritocracy where putting on a suit will help distance himself from his past. In contrast, Robert’s roommate Gus (David Jonsson) was built for institutions like Pierpoint, having come from Eton and Oxford, and sees it as another tick on a checklist that will lead him straight to Downing Street. Doe-eyed Hari (Nabhaan Rizwan) has dreamt of working in banking his whole life, dresses like a modern “master of the universe” and is determined to succeed no matter the cost.

In the hierarchical ecosystem of Pierpoint, the graduates look aspirationally up at the Managing Directors whom they sit next to while those senior figures are secretly looking down fearfully, wondering who’s going to take their seat. On the sales desk (CPS), Managing Director Eric (Ken Leung) is Pierpoint’s number one producer who sees Harper’s potential and takes her under his wing, while VP Daria (Freya Mavor) is a great counterpoint to Eric’s aggressive sales strategy and shows Harper that there’s more than one way to be a salesperson. Yasmin’s direct line manager on the foreign exchange (FX) desk is Kenny (Conor MacNeill), a VP whose prejudices cloud his judgement of her merit. Meanwhile, Theo (Will Tudor) is a second-year research analyst whose establishment charm and strong counter-consensus market calls make him a Pierpoint poster boy. The young recruits may be fresh out of university, but the demands and expectations of these mentors and the industry itself are sky-high and ultimately seduce the grads to act in ways they would not have expected, just as they are trying to figure out who they are.