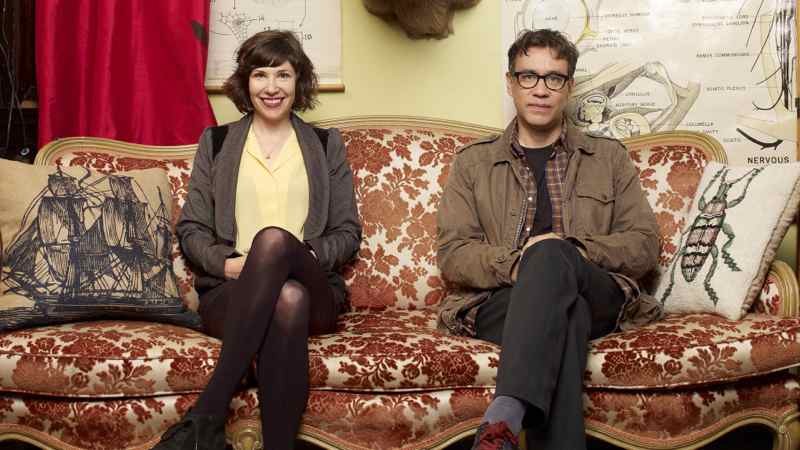 Currently in its fifth season, IFC has renewed Portlandia for seasons six and seven, ordering ten half-hour episodes for each. Creators and stars Fred Armisen and Carrie Brownstein, along with co-creator and director Jonathan Krisel, will remain at the helm of both seasons. Portlandia is executive produced by Lorne Michaels and produced by Broadway Video.

“We are so excited to get to do more Portlandia with IFC,” said Fred Armisen and Carrie Brownstein in a joint statement. “Getting to work with Jon and our talented writers and crew, it really is our favorite thing in the world.  Also, we get to spend more time in Portland!”

“Portland may be a place where young people go to retire, but IFC is not retiring Portlandia,” said Jennifer Caserta, IFC’s president. “And if you order a book from Toni and Candace at the Feminist Bookstore right now, it might even arrive by the time season seven rolls around.”

Over the past five seasons, Portlandia has expanded our knowledge of the peculiar characters of America’s damp northwest. As we’ve come to know and love them—Malcolm and Kris with their helicopter parenting, Toni and Candace with their overzealous dedication to a cause, Bryce and Lisa with their taxidermy and pickling, or Doug and Claire’s binge-watching—their idiosyncrasies have evolved from niche to normal.

Shot entirely in Portland, Portlandia is created by Fred Armisen, Carrie Brownstein and Jonathan Krisel.  They also serve as writers, along with Karey Dornetto and Graham Wagner.

Season 5 of Portlandia airs Thursdays at 10pm ET/PT on IFC.  Seasons 1-4 are available now on Netflix.