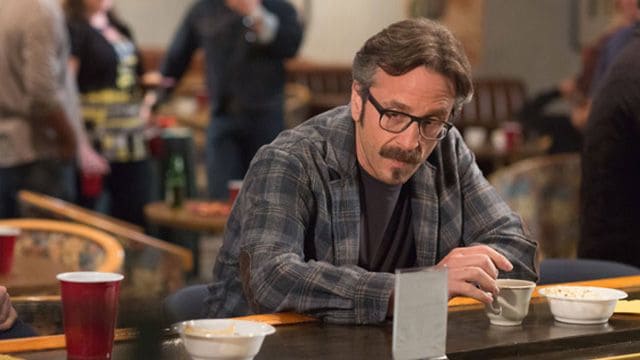 Boomer lives! And so does Maron on IFC. The network announced today the renewal of the critically acclaimed comedy series Maron for a second season with 13 all new half-hour episodes, up from 10, scheduled to premiere in 2014.

“In many ways, Marc is a perfect representation of IFC and our approach to comedy,” said Jennifer Caserta, president and general manager of IFC. “He also seems to be in need of a less dysfunctional family, so we’re happy he’s returning to ours for an expanded second season.”

Maron is an honest, comical look at the complicated man behind the “WTF” podcast, writer/comedian Marc Maron. The debut season followed his often misguided attempts to grow professionally as a comedian and emotionally with his estranged dad, Larry (Judd Hirsch) and unconventional new girlfriend, Jennifer (Nora Zehetner) while being aided by his clueless fan-boy assistant Kyle (Josh Brener). Infused with Marc’s trademark relatable tone, the dark humored comedy has many more experiences to share with viewers next year.