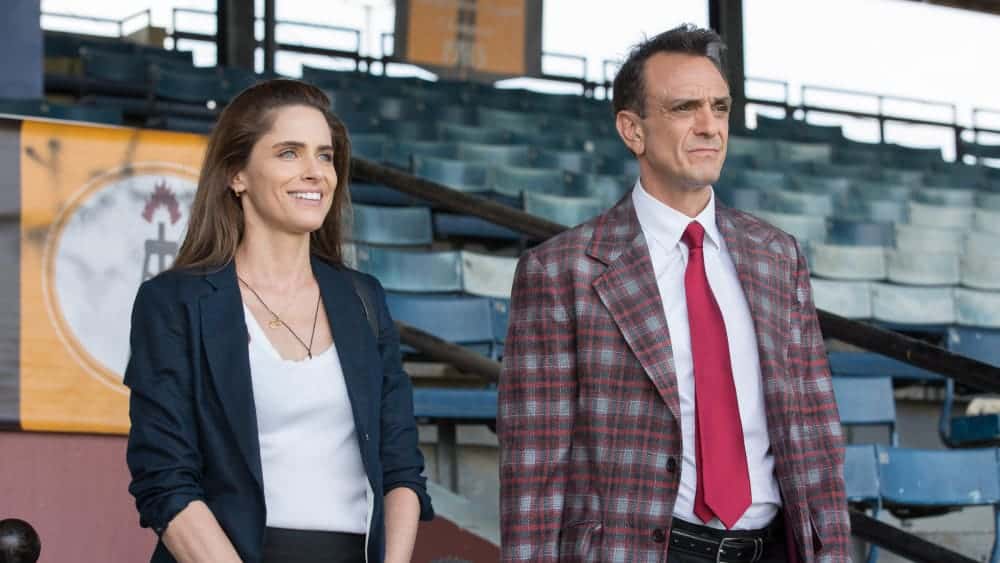 IFC announced today at a press conference that the critically acclaimed comedy series Brockmire has been picked up for two additional seasons. Season 2 of the series, starring Hank Azaria as Jim Brockmire and produced by Funny or Die, is set to premiere Wednesday, April 25 at 10PM. Tyrel Jackson Williams and Amanda Peet co-star. Seasons 3 and 4 are slated to air in 2019 and 2020, respectively.

Said star Hank Azaria, “This show is my favorite thing I’ve ever done. Period. I love shooting it, I love editing it, and I love how much people are enjoying it. Jim can say all manner of insane things that I can’t. And he does. A lot.”

Added Jennifer Caserta, IFC President, “Hank Azaria’s extraordinary talent brings the complex and damaged Jim Brockmire to life in a performance that is nothing short of genius. I’m not sure sending Brockmire to New Orleans for Season 2 was a great idea, but assuming he’s still alive by the last episode, I am thrilled to announce that both Brockmire and Hank will be around for Seasons 3 and 4.”

Originally premiering in April 2017, the show received critical praise from the start and was the highest-rated new series in IFC’s history. Season 1 was the most time-shifted new original comedy on cable, drawing in 8.6 million total viewers in Nielsen live+7 ratings, and was one of the most social comedies on TV, consistently ranking in the top ten for social media interactions on premiere nights.

Season 2 returns with Brockmire chasing an opportunity to call games in New Orleans, and leaving Jules behind in the process. He’s now a top podcaster with his show “Brock Bottom,” living with his co-dependent friend Charles (Williams)… and boozing harder than ever. Still trying to still reclaim his career as a top sportscaster, Brockmire cannot resist the sinful temptations of the Big Easy, while pining for the girl he left behind in Morristown, PA and struggling to find his purpose in life.

Brockmire originally appeared as a viral short video on the award-winning comedy website Funny Or Die. All episodes of Season 2 are directed by Mo Marable and the series is executive produced by Azaria, Joel Church-Cooper, Marable, Tim Kirkby and Funny Or Die’s Mike Farah and Joe Farrell.

IFC is the home of offbeat, unexpected comedies. Series Portlandia, Stan Against Evil, Baroness von Sketch Show, Documentary Now! and Brockmire air alongside fan-favorite movies and comedic cult TV shows. IFC is owned and operated by AMC Networks Inc., and available across multiple platforms. IFC is Always On, Slightly Off.