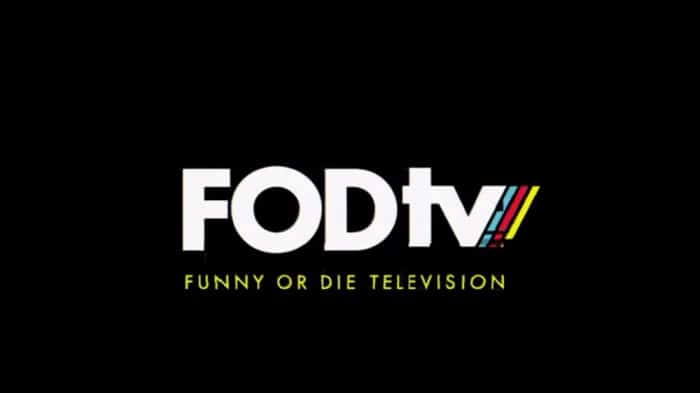 IFC announced the launch of FODtv (Funny Or Die Television), a branded night of ‘slightly off’ short form programming. Starting Saturday, October 7, and continuing weekly, IFC will be “hacked” by FODtv and premiere an absurd array of new content from some of Funny Or Die’s favorite characters. IFC’s prime time line up of fan favorite movies will also be the home of short form (very short form) shows such as… Learn to Paint with The Shirtless Painter, The Divorced Dad Cooking Show, ASMR with Kelly Whispers, and Long Haired Businessmen. The FODtv line up will also show up in select movies across all IFC platforms.

“IFC has been hacked, but we are not calling IT,” said Blake Callaway, EVP, Marketing and Digital Media, IFC. “FODtv takes a bit of inspiration from cable access programs, and college run TV stations. The combination of IFC’s Slightly Off sensibility and the asylum known as Funny Or Die has something for everyone. Aspiring painters, lonely chefs, and ASMR enthusiasts have a new programming line-up created just for them.”

“It’s an exciting evolution for these characters to invade IFC’s airwaves,” said Brian Toombs, VP of Partner Content, Funny Or Die. “FODtv continues a tradition of developing our digital content in innovative ways with IFC.”

On Saturday, October 7, FODtv will launch with Learn to Paint with the Shirtless Painter. Subsequent Saturdays, IFC viewers will be introduced to a variety of Funny Or Die’s all-star and up-and-coming talent including:

In 2016, AMC Networks acquired a minority ownership stake in Funny Or Die, allowing the already-strong comedic partnership with IFC to further expand. The partnership’s first official collaboration was the critically-acclaimed 2017 launch of the Brockmire, starring Hank Azaria and Amanda Peet. Season 2 of Brockmire is currently in production in Atlanta and will debut in 2018.

IFC is one of the strongest comedy brands on television, with signature shows including the Peabody and Emmy Award-winning Portlandia, heading into its eighth season with Fred Armisen and Carrie Brownstein; the critically acclaimed and Emmy-nominated Documentary Now!, created by Seth Meyers, Bill Hader and Armisen; Stan Against Evil, created by Dana Gould and starring John C. McGinley and Janet Varney; and the Funny Or Die produced Brockmire. The network has also established a strong digital presence via IFC.com, the IFC app and the Comedy Crib website, which features fresh, new comedic voices and talent. Additionally, IFC has innovative and enduring advertising relationships across its entire schedule which features an “Always On, Slightly Off” mix of classic films, off-net comedies and original programming.

With an audience of over 60 million people on multiple platforms, award-winning Funny Or Die has extensive reach across online, television and social media. Funny Or Die is the number one comedy brand on Facebook and Twitter, and attracts a young, influential audience with hits like Between Two Ferns and a wide range of content from Brad Pitt, Katy Perry, Jerrod Carmichael and T.J. Miller. The Emmy Award-winning company also has a growing presence in television, with popular shows like Billy on the Street, The Chris Gethard Show, and the new critically acclaimed mockumentary American Vandal on Netflix and the upcoming Sarah Silverman series, I Love You, America for Hulu.

For more information on IFC, please check out: