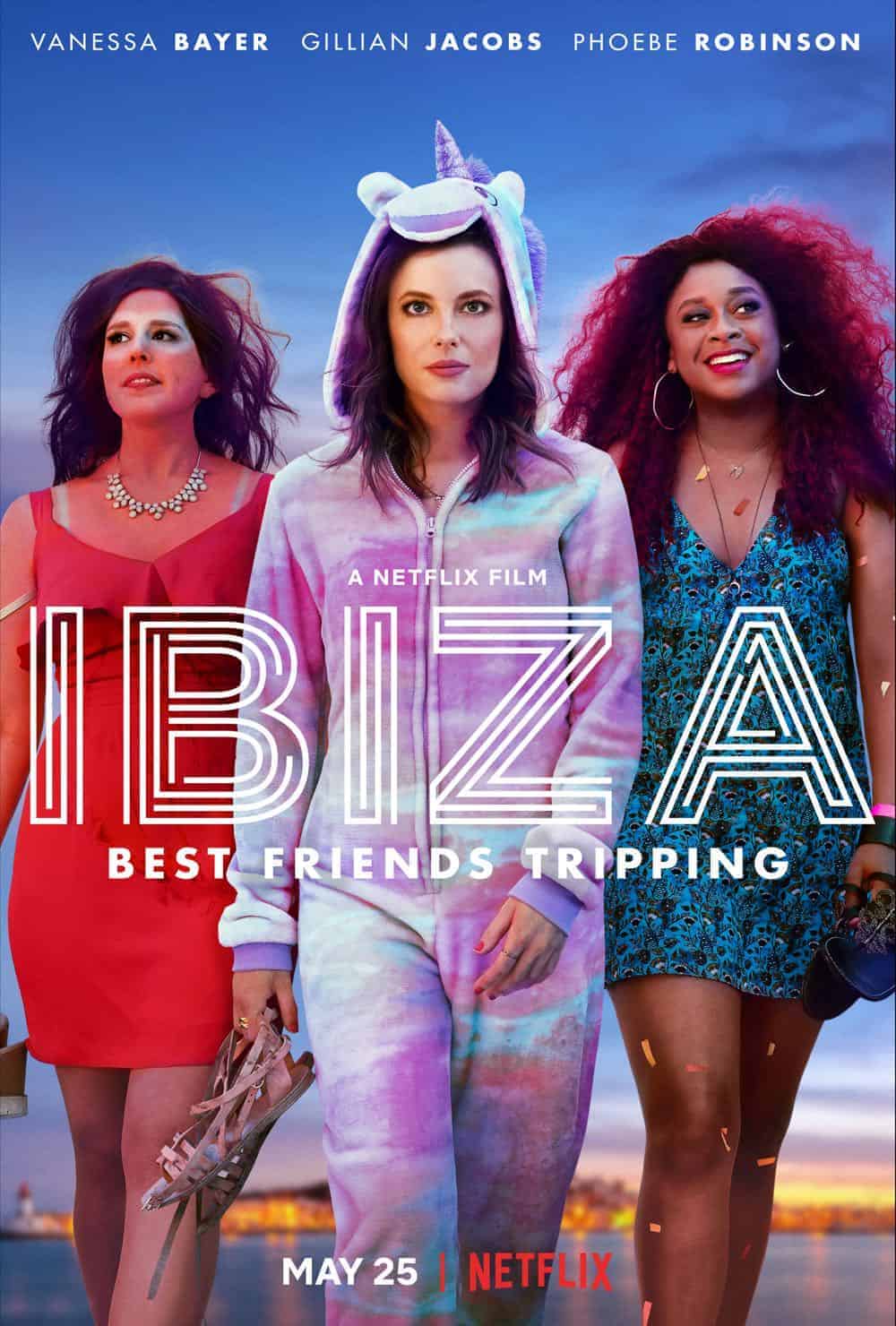 When Harper’s two best friends tag along on her work trip to Barcelona, they ditch work and fly to Ibiza for Harper, who against her better judgement, falls for a hot DJ.

Meet Harper: She’s a single thirtysomething New Yorker with awesome friends she loves and a dead-end job she hates. So when her controlling, condescending, germophobic nightmare of a boss sends her on a business trip to Barcelona, Harper jumps at the chance to shake up her routine. Flanked by her two best pals, Harper lets loose in the land of Sangria, where a bit of surprising body graffiti leads to a flirty encounter with a famous DJ.

Netflix film, IBIZA is a wild romantic-comedy adventure with female friendship as its beating heart. It stars Gillian Jacobs ( Love , Community ), Vanessa Bayer ( SNL ), Phoebe Robinson ( 2 Dope Queens ), and Richard Madden ( Game of Thrones ), and is directed by Alex Richanbach ( We Are Young ) from a script by his fellow Funny or Die veteran Lauryn Kahn (making her feature screenwriting debut). Gary Sanchez Productions’ Will Ferrell, Adam McKay, and Kevin Messick, along with Nathan Kahane and Erin Westerman of Good Universe, are producers. Good Universe’s Kelli Konop and Kahn executive produces .