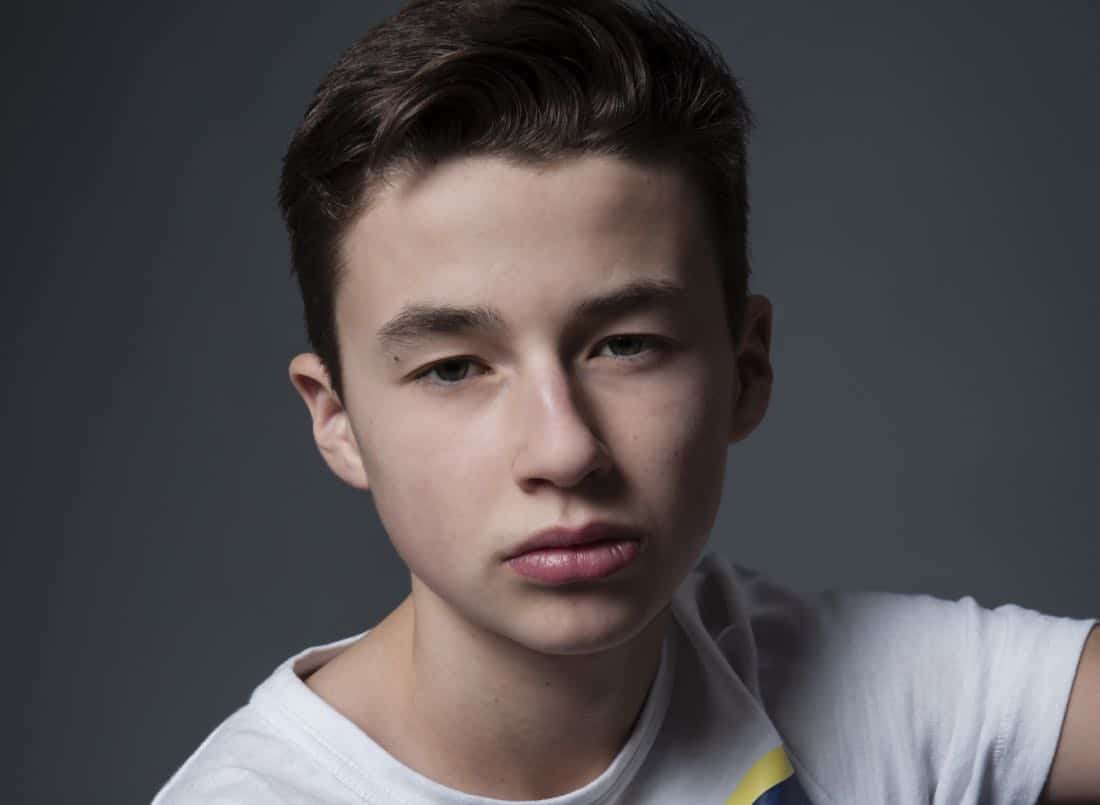 Bringing his vivacious spirit to Nickelodeon’s family series HUNTER STREET, Daan Creyghton has delighted fans and is building a strong career as a young actor on the rise. In an exclusive interview, Daan talks about the fun he is having working on HUNTER STREET and what he thinks it takes to pursue a career as a working young actor in Hollywood today.

What initially appealed to you about portraying Sal and working on HUNTER STREET?
DAAN: It was my dream since I was six years old to act in a show and how cool is it if you can act in a Nickelodeon show?! To be honest, in the beginning, the character I played was less important in the show. When I got the first scripts, I would say the thing I liked most about Sal is that he is the total opposite of me—I love challenges so playing him is a great challenge.

How would you describe who Sal is?
DAAN: Sal is a super smart, funny, outgoing techie who has a solution to almost everything and adores his family. He is always up for an experiment and invents helpful gadgets. He can be a little naïve sometimes. Sal is the “brains” of the family.

What do you most admire most about Sal?
DAAN: That he always has a positive attitude, never gives up, and will do anything for his family.

What was it like working alongside the talented ensemble on HUNTER STREET?
DAAN: It was amazing to work so closely with this super talented ensemble. But not only are they talented, they are super nice and funny people as well. We are all very close and have a great bond together. They really feel like my second family. We have our own WhatsApp group where we ask each other advice and just chat. After filming, I really miss seeing them every day.

Any favorite scenes that you can share from working on HUNTER STREET?
DAAN: There are so many great scenes. I would say in season one, my favorite scene was the boat scene where we were boating through the canals of Amsterdam. That was so cool. In the second season, of course I can’t spill anything, but the days we were filming in the castle were really fun and special—also quite cold. It was snowing, which made the beautiful castle even more breathtaking.

What has been your favorite part about working on HUNTER STREET?
DAAN: Acting is what I love to do most so be able to film for 4 months in a row was amazing. But apart from that, seeing all these wonderful people every day makes working on HUNTER STREET really fantastic. What makes HUNTER STREET special, in my opinion, is that we shoot on so many different locations in and around Amsterdam so it never gets boring.

What surprised you the most working on HUNTER STREET?
DAAN: Playing Sal in HUNTER STREET is my first big acting role, so what surprised me in the beginning is how many people are involved in just one little scene and the patience and kindness they show toward us, even if it’s take 33!

Then, as an actor, what has been the one thing you have taken away from the experience of working on HUNTER STREET?
DAAN: I would say be prepared and step in the shoes of your character are the things I learned most from playing Sal, among more general things such as: being on time, be creative, collaborate, and so on. Since Sal is the opposite of me, I spent a lot of time thinking about how Sal would react and think in the different situations. How he would move and say his lines. It really helped me to be well prepared—when I was ready to go on set I just could let it go and see what happened.

As the show enters its second season, what can you share about what fans can expect for Sal, Daniel, Anika, Tess and Max? What kinds of adventures await them this season?
DAAN: Sal is still growing up during the series. He still has to use his tech skills to help solve the mysteries and someone outside the family is there to help him, he will become more social. Daniel is working and, in that way, he helps to save his family. Anika is happy to become one of the older siblings and there are a lot of funny situations she is facing and/or creating. Tess becomes the responsible sibling and still loves books, which helps with solving the mysteries. Max is still the goofy sibling and goes on an adventure, which involves his birthparents.

Which character on the show do you think has the toughest time this season and why?
DAAN: I think Evie, who is played so well by Kate. She just joined a family she never met before, is scared to have to live in a new house, and doesn’t know what to expect.

Have you gotten to meet any of the show’s fans? What was that experience like?
DAAN: YES! Thomas and I met fans on the set and it was so great to see how they loved being showed around. We hid and they didn’t expect to meet any of us. I will never forget the look on their faces when we jumped out. Priceless. They were so exciting about HUNTER STREET and asked tons of questions. Really fantastic to see how happy they were to meet us.

Then what are the perks of where you are in your career right now?
DAAN: I would say that people in the business slowly get to know my name and that that hopefully will lead to a new role in another cool project soon. Also, it is really nice to get to know the other members of the Nickelodeon family.

Has there been any great advice you have gotten about working as an actor?
DAAN: The best advice I got is that the competition is huge in the acting world so keep trying and never give up, believe in yourself and your instincts.

What advice would you offer to other upcoming and aspiring actors?
DAAN: Enjoy life. Never give up! You can do this! Just be patient and believe in yourself!

Do you have any other upcoming projects that you can share that fans should keep an eye out for?
DAAN: At this moment no, but who knows what is happening in the coming months? I will keep my fans posted that’s for sure!

All new episodes of HUNTER STREET air week nights at 7:00 p.m. on Nickelodeon.