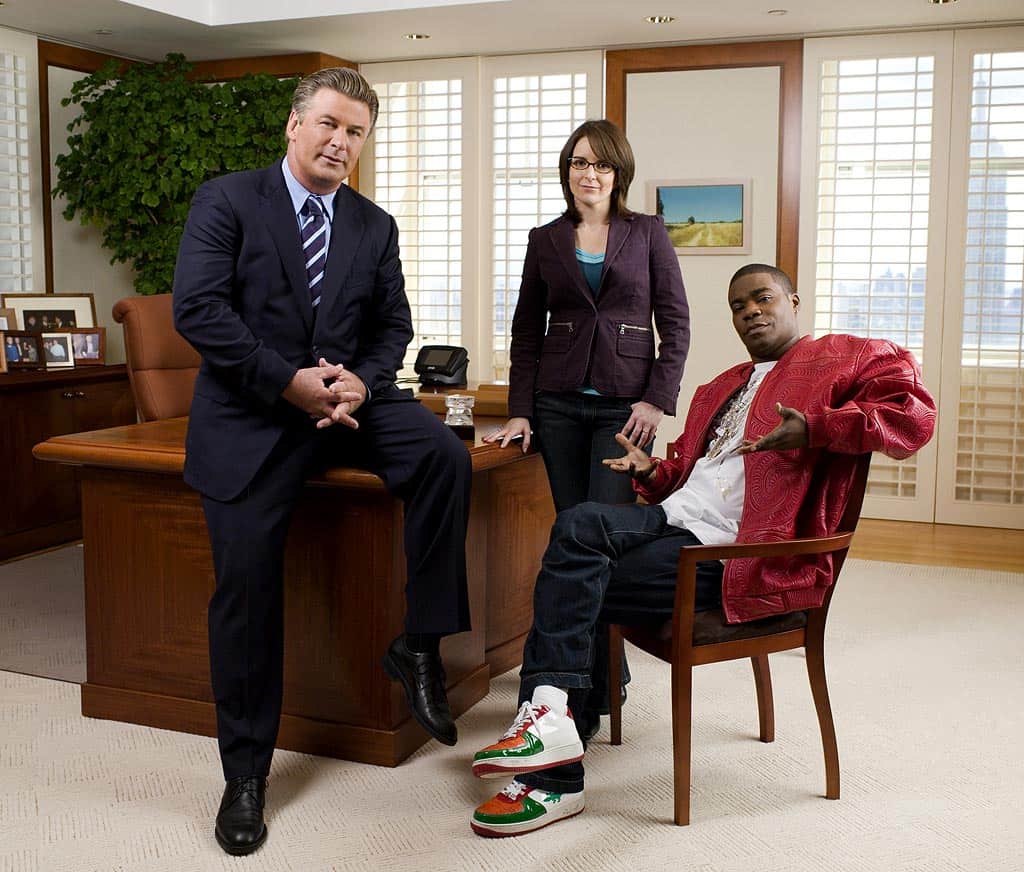 Following a groundbreaking licensing agreement that marked the streaming debut of iconic series Will & Grace, Hulu and NBCUniversal Television and New Media Distribution today announced a new agreement that will make Hulu the exclusive SVOD home to all episodes of Emmy Award winning comedy series, 30 Rock, beginning October 1st, as well as add hundreds of episodes of shows for the whole family to Hulu.

In addition to bringing the complete library of the critically acclaimed and Emmy Award-winning comedy series from creator and star Tina Fey – 30 Rock – to a new streaming home, the new deal includes a full suite of premium programming that will become available to stream on Hulu:

30 Rock. A three-time Emmy Award winner for Outstanding Comedy Series as well as a critical darling, 30 Rock comes from the brilliant mind of creator and star Tina Fey, whose character Liz Lemon is asked by her ultra corporate boss Jack Donaghy (Alec Baldwin) to somehow make the fictional program “TGS with Tracy Jordan” a success. Working with an oddball staff, no budget and no sleep, Liz keeps up the good fight against long odds. Also starring Tracy Morgan, Jack McBrayer, Scott Adsit, Judah Friedlander and Jane Krakowski, 30 Rock aired for seven seasons and arrives in its entirety on Hulu on October 1st.

There’s Johnny. Paul Reiser’s highly-anticipated series, There’s Johnny, will make its debut on Hulu. The deal marks the premiere for the NBCUniversal period comedy, set in the world of “The Tonight Show Starring Johnny Carson” circa 1972, starring Tony Danza.

Made in Chelsea. The first 13 seasons of the BAFTA award-winning, reality television series from the UK will make their US SVOD debut on Hulu. Since its premiere, the hit series has captivated audiences in the UK and resulted in many spin-offs. Through the deal, the complete series will be made available to stream in the US on Hulu later this year.

Face Off. The first 10 seasons of SYFY’s hit reality competition series, Face Off, will become available to stream on Hulu. The series will make its SVOD debut in early 2018. Face Off follows special effects make-up artists as they participate in elaborate challenges for a grand prize and the honor of being Hollywood’s next great effects artist.

The new deal expands Hulu’s growing library of premium programming with even more hit series from the NBCUniversal Television library. Earlier this month, Hulu and NBCUniversal announced a joint agreement that made all episodes of the Emmy-winning, iconic series Will & Grace available to stream for the first time ever. Hulu is also home to top series from NBC including This Is Us, Blindspot, and the Emmy-winning Saturday Night Live.

Hulu is a leading premium streaming service that offers instant access to live and on demand channels, original series and films, and a premium library of TV and movies to millions of subscribers in the U.S. Since its launch in 2008, Hulu has consistently been at the forefront of entertainment and technology.  Hulu is the only streaming service that offers both ad-supported and commercial-free current season shows from the largest U.S. broadcast networks; libraries of hit TV series and films; and acclaimed original series including Emmy Award-winning series The Handmaid’s Tale, The Mindy Project, The Path, 11.22.63, the Golden Globe® nominated comedy series Casual, as well as the upcoming Future Man, Castle Rock, Marvel’s Runaways and The Looming Tower. In 2017, Hulu added live news, entertainment and sports from 21st Century Fox, The Walt Disney Company, NBCUniversal, CBS Corporation, The CW, Turner Networks, A+E Networks and Scripps Networks Interactive to its offering – making it the only TV service that brings together live, on-demand, originals, and library content all in one place, across living room and mobile devices.