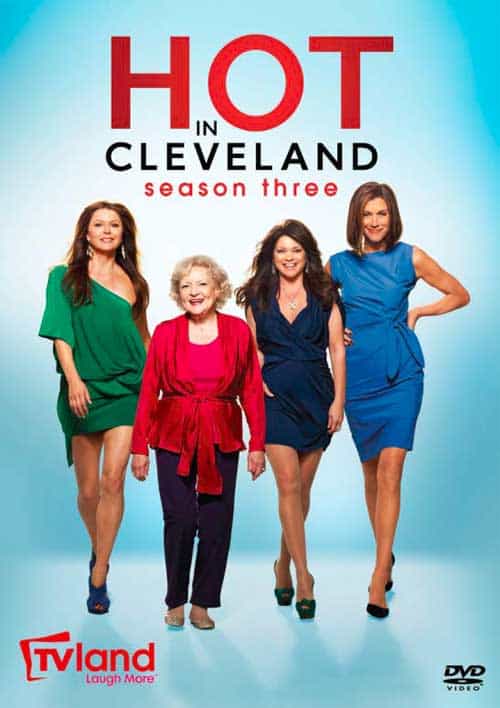 Seat42f and Paramount Home Entertainment have teamed up to give THREE lucky winners a copy of HOT IN CLEVELAND Season 3 on DVD. For a chance to win leave a comment below telling us why you want to add HOT IN CLEVELAND Season 3 to your DVD collection. Contest ends December 4th. Winners will be notified on December 5th via email so make sure to use a valid email address when you post your comment.

The “Hot in Cleveland” Season Three DVD is a three-disc set comprising all 23 outrageous episodes, and also includes “Some Like It Hot”, the Season Three behind-the-scenes special.  Available for the suggested retail price of $29.99, the DVD makes an ideal holiday gift for comedy fans of all ages and arrives just in time for the fourth season premiere of “Hot in Cleveland” on November 28th.