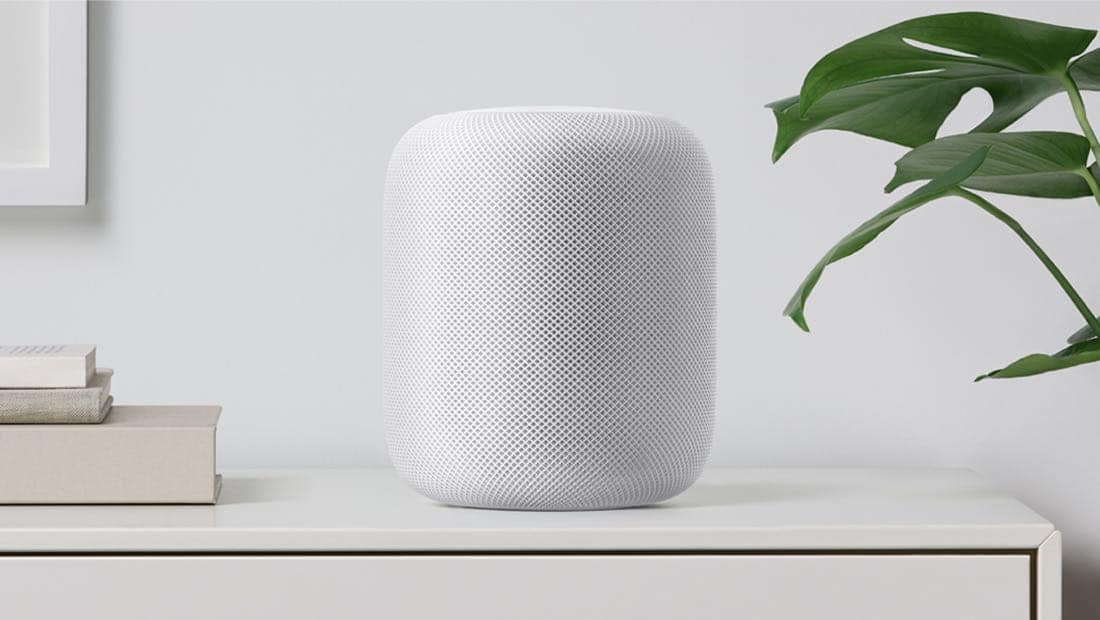 HomePod, the innovative wireless speaker from Apple, arrives in stores beginning Friday, February 9 and is available to order online this Friday, January 26 in the US, UK and Australia. HomePod will arrive in France and Germany this spring.
HomePod delivers stunning audio quality wherever it’s placed — in any room in the house, playing any style of music. Using just your voice, it’s easy and fun to use, and works together with an Apple Music subscription for a breakthrough music experience, providing access to one of the world’s largest cloud music libraries. Siri, now actively used on over half a billion devices, has developed a deep knowledge of music and understands your preferences and tastes. And with Siri, HomePod can send a message, set a timer, play a podcast, check the news, sports, traffic and weather, and even control a wide range of HomeKit smart home accessories.

“HomePod is a magical new music experience from Apple. It brings advanced audio technologies like beam-forming tweeters, a high-excursion woofer and automatic spatial awareness, together with the entire Apple Music catalog and the latest Siri intelligence, in a simple, beautiful design that is so much fun to use,” said Philip Schiller, Apple’s senior vice president of Worldwide Marketing. “We’re so excited for people to get HomePod into their homes, apartments and businesses to hear it for themselves. We think they will be blown away by the audio quality. The team has worked to give Siri a deeper knowledge of music so that you can ask to play virtually anything from your personal favorites to the latest chart-topping releases, simply by saying ‘Hey Siri.’”

At just under 7 inches tall, HomePod represents years of hardware and software innovation:

HomePod is designed to work with an Apple Music subscription for access to hundreds of genres, moods and activities. It also learns preferences and tastes that are shared across devices. Using Siri to deliver deep knowledge of artists, songs, albums and more, HomePod can handle advanced searches within Apple Music’s catalog, so users can ask questions like, “Hey Siri, when was this song released?” or “Hey Siri, can you play something totally different?” to change the mood. Apple Music subscribers can enjoy a catalog of more than 45 million songs, combined with their entire iTunes library, for online or offline listening — completely ad-free.

HomePod is a convenient way to send messages, set timers and reminders, check the weather and listen to shows on Apple Podcasts. The latest business news, headlines and sports updates stream directly to HomePod from NPR, CNN, ESPN and others. HomePod can also be used as a speakerphone with iPhone for crisp and clear audio quality.
With support for HomeKit, HomePod can control hundreds of home accessories or set scenes like, “Hey Siri, I’m home,” to control a number of different accessories at the same time. HomePod can turn on the lights, raise the shades, set the desired temperature or make other adjustments and serves as the perfect home hub, enabling remote access and automations.

SiriKit for HomePod
Through SiriKit, HomePod supports third-party messaging apps, so users can ask Siri to send a message to a friend or colleague using apps like WhatsApp. Reminders, note-taking and to-do list apps like Things and Evernote will automatically work with HomePod, so Siri can set reminders, create a new list, mark items as complete, or create and modify notes. For developers interested in adding SiriKit support, more information is available at developer.apple.com/sirikit.

Multi-Room Audio and Stereo
Coming this year in a free software update, users will be able to play music throughout the house with multi-room audio. If HomePod is in the kitchen, users can ask Siri to play jazz in the dining room, or play the same song in each room — perfectly in sync. If there’s more than one HomePod set up in the same room, the speakers can be set up as a stereo pair for an even more immersive sound experience.

Security and Privacy
Security and privacy are fundamental to the design of Apple hardware, software and services. With HomePod, only after “Hey Siri” is recognized locally on the device will any information be sent to Apple servers, encrypted and sent using an anonymous Siri identifier.

Pricing and Availability
HomePod is available at an Apple retail price of $349 (US) in white and space gray in the US, UK and Australia and available to order beginning Friday, January 26, from apple.com and the Apple Store app. HomePod will be available in Apple Stores and at select Apple Authorized Resellers, including Best Buy in the US; Argos, Dixons Carphone (Currys PC World), John Lewis, Shop Direct (Very and Littlewoods), EE and Apple Premium Resellers in the UK; and The Good Guys, Harvey Norman, JB Hi-Fi, Myer and Telstra in Australia, beginning Friday, February 9. HomePod will be available in France and Germany this spring. 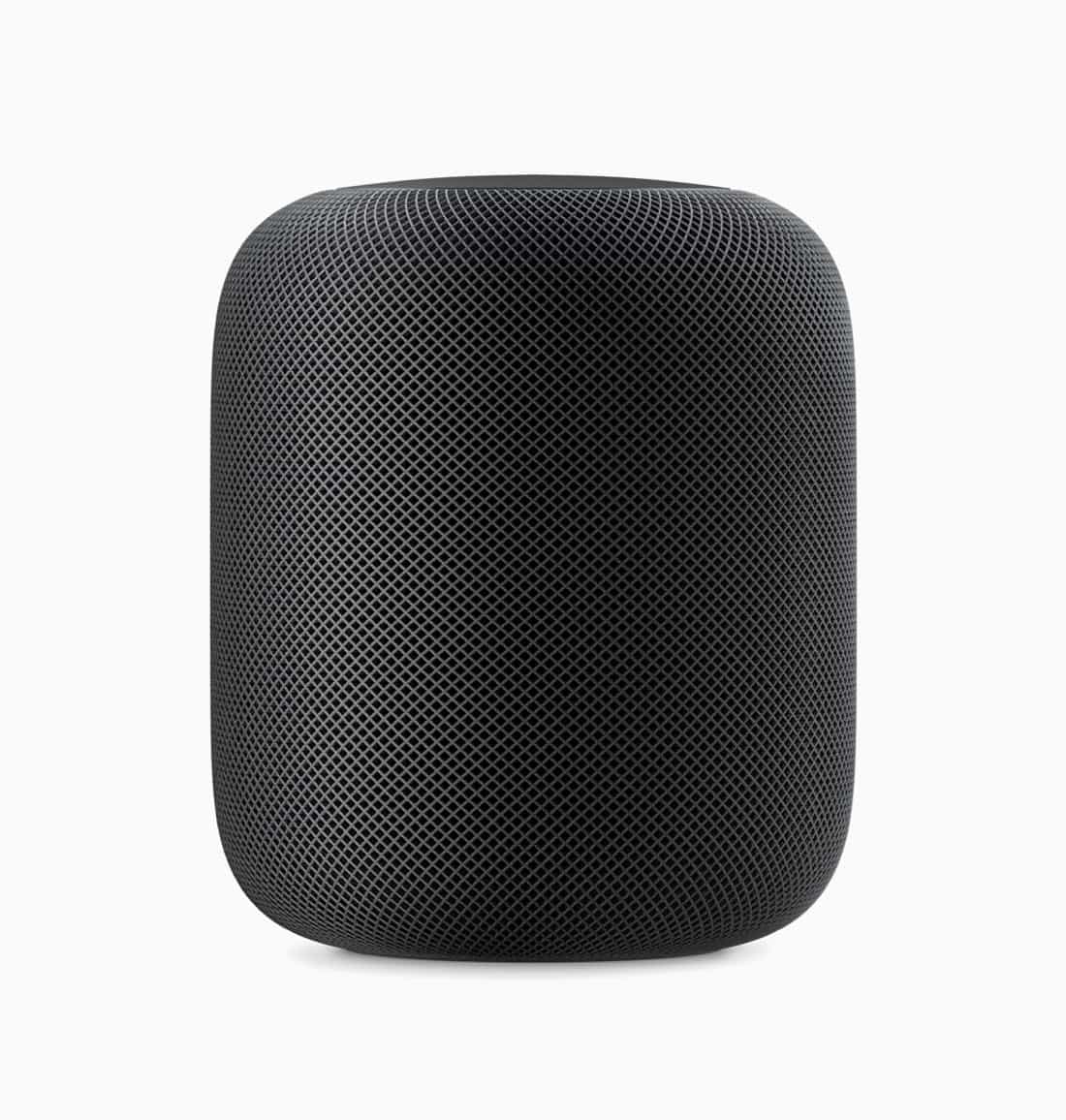