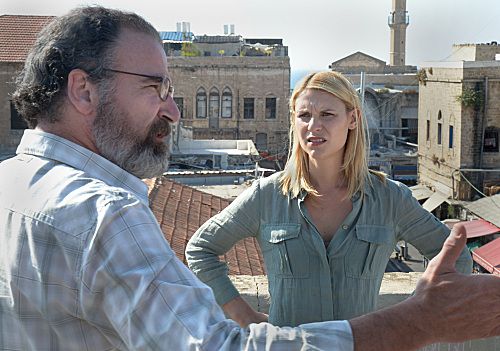 Hero or traitor? M.I.A. in Afghanistan for eight years and subjected to unthinkable torture at the hands of al-Qaeda, Marine Sgt. Nicholas Brody (Damian Lewis) is finally coming home. CIA officer Carrie Mathison (Emmy® winner Claire Danes) believes he has been turned and become part of a plot to be carried out on American soil. But the volatile Carrie has some demons of her own. Nothing is as it seems in HOMELAND, an edge-of-your-seat thriller that also stars Emmy® winner Mandy Patinkin.